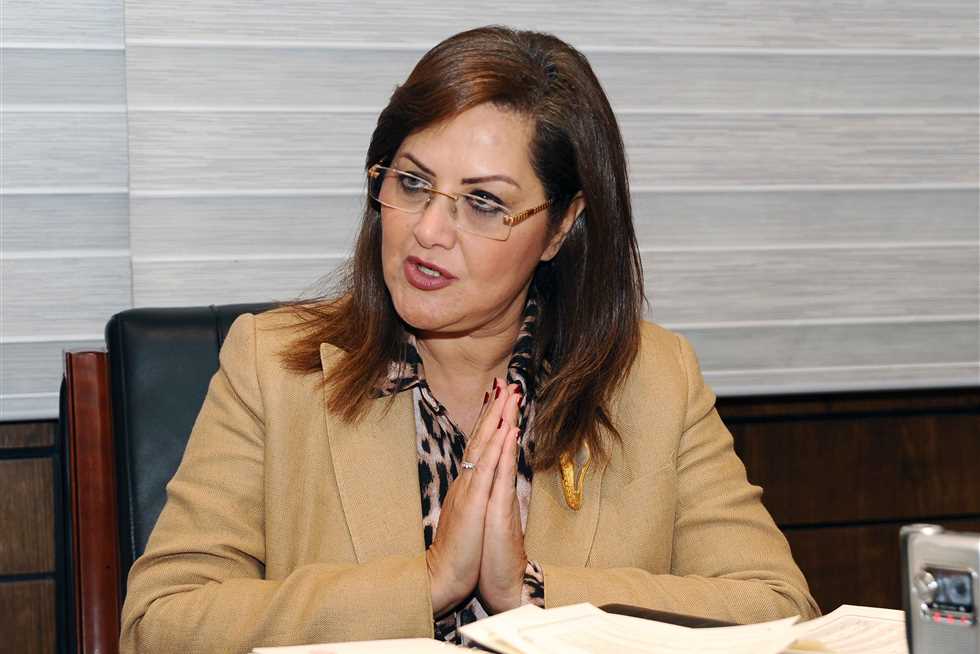 Dr. Hala Al-Saeed, Planning Minister, Continuing Reform and Administration, took place on Saturday on the "Third World Education in the Third World Education" conference, which was run by Dr. Mustafa Madbouli, First Minister, organized by the National Planning Institute. In attendance of the Higher Education and Scientific Research Ministers and the participation of representatives from Arab groups and scientific and research centers.

For her, Hala Al-Saeed said that his / her conference Considering one of the most important issues that concern governments and people, to establish Arab truth and its challenges, and the features that we face; seek and hope that will be more successful for future generations, an educational case.

It is a global case in which; an educational issue that is not restricted to the Arab world, where education is a major concern for the world as a cornerstone to make any effort to achieve sustainable development. Development for decades, saying that there was a consensus that education is not limited to its impact on the size of what it is; contributes to economic activity, but also enhances the quality of this contribution and its responsibility in achieving; increase productivity.

Hala Al-Saeed said that the UN's efforts to achieve sustainable development have given good attention to education. The fourth objective of the 2030 Sustainable Development Plan, "Ensuring quality, fair and inclusive education and lifelong learning opportunities," reflects the responsibility and the – all around the globe to go to; accept a broad development agenda. The achievement of this objective requires discussion on many educational topics and their relationship with three dimensions of sustainable development: economic, social and environmental.

Placing emphasis on the situation in the Arab world, saying, although the efforts of the Arab nations are to; raising the level of education in line with developmental requirements, but the return has not exceeded the level of needs and objectives, where the education system has many challenges in Arab world levels and different elements.

Al-Saeed said that the Regional Conference on "Education in the Arab World in the Third Millennium" is a very important event, discussing educational issues and its challenges to identify the policies and programs and to achieve the outcomes to identify the necessary roles for the Arab Arab network and global competitiveness throughout the world such as the richness of wealth and the cornerstone of attempts to achieve the comprehensive and sustainable development of the Arab nations.

She said that Arab society has been identified as being a young society with a population of less than 30 years and reached about 60%. In a & # 39; 15-29 age group, the percentage of people aged 15-29 is about 30%, which presents many challenges, To create a sustainable growth that is essential to create jobs and reduce unemployment In the Arabian countries, around 15% in 2017, there were more than double in the global average (5.7%), and unemployment rates among young people in Arab countries were around 29%. The world in which it is getting worse on unemployment rates among young women in the Rbia countries is a 48%, the highest in the world, and I followed The estimates also show that a & # 39; The loss of Arab countries due to high levels of unemployment amongst young people estimates between 40 and 50 billion dollars each year.

The most important thing is to increase the effectiveness of these expenditures to support the economics of the knowledge economy and new generations that can compete in the labor market, with a focus on supporting innovation programs and promoting culture of free life among young people and development. Small, medium and small enterprises in every Arab country.

Al-Sa said that it is the result of the rapid technological development that is the biggest challenge, to be able to educate everyone as skill-based education and promoting innovation, states that the education and curriculum system is linked to the content of its actions in the development of society as one of the requirements for the Creating creative and effective learning experiences This needs to encourage students to find innovative solutions for their existing development difficulties in their communities and then to the outside world to take part in to & # 39; find solutions to global problems. It is no longer useful to comply with the specific topics that Hope in one area can not connect to other topics, especially in the light of the rapid development of science and each other, and # 39; influence between the different experiences.

Al-Saeed said that ongoing improvements need to be raised in education and rapid transition to their; knowledge society through supportive social systems that include an effective role for the teacher, society and the learning environment. This will bring forward future leaders capable of creating and implementing sustainable development policies in all their dimensions. In supporting the sustainability of development for future generations, saying that the technological and technical progress and practice are in place; increasing digital data and digital applications and applications, there are not many roles in a traditional format, in comparison, there are many non-existing jobs.

The Planning Minister stressed the fact that education is a key priority for the state of Egypt, within the broader and broader leadership framework governed by the government and President's order & # 39; Public to expand investment in people and achieve their strategic objective to; the Egyptians. The Egyptian State and its vision for achieving comprehensive and sustainable development.

It also emphasized the vision and the comprehensive concept adopted by the Egyptian state in the field of human development and human investment. It is clear that the State is trying to build Egyptian people from both sides, in education, health, culture or sport. Local and international.

It has shown that the government's program of work includes a broad strategy for education, both public and technical, to improve the quality of the education system according to international systems. It also aims to give education to all and to; improving the competitiveness of education systems and outcomes according to workplace needs. Education covers both aspects of the education process from school revitalization and curriculum development and evaluation systems, as well as the development of technological infrastructure in public and technical education.

She explained that the government's work program for the four years (2018-2022) identified a number of major programs and sub-programs for the development of a pre-university education system, through the expansion of training and the development of the capacities of education directors at different career levels, indicating that 164,000 trained teachers already in the first stages On the new education system in the first half of the year, At present 18/2019, there are 107.4 thousand teachers who exceed the target number during the year as well as training 221,500 people within their & project «first» teachers of the total target per year 500,000 teachers plus training 79.6 Thousands of trainers through business training programs J & A collaborate in the implementation of a number of Egyptian ministry.

Al-Saeed said that the government's program of work includes high-level and secondary programs in the higher education sector, the most important of the technological development program. Her & # 39; The first half of this year has developed 4 technical institutes. On the other hand, the government work program aims (18/2022) are 8 Technological Universities.

The Planning Minister stated that the State is working to increase the public investments directed to the education department, which has reached 28.9 billion pounds in the current 18/2019 year, a & # 39; representing 7% of the total public investments during the year, compared to 26.4 billion pounds a year before 17/2018) with a 10% increase, which showed that a & # 39; The first half of this year can see the completion of many investment projects in the education sector, including the completion of development and a 296 schools extension with a total of 4639 chapters, with a total cost of 1.87 billion pounds.

"We have confirmed that a good education system could be a result of economic development efforts, while at the same time we are confident that education is the seed for improvement," she said. Educational level in Arab countries.

The Arab Design Institute is a partnership in Kuwait, the League of the United States, the Arab Organization for Education, Culture and Science (ALECSO) and the National Planning Institute in setting up a & # 39; This regional conference is the best evidence of the importance of education and its responsibility in the & # 39; achieving the highest levels of attainment. And the development of Arab human capital in the place that he deserves. She said that the conference needed to be given the opportunity to give ideas and knowledge, and to provide appropriate vision and other options for policy makers and decision makers to contribute to the use of the conference. launching Arab nations to knowledge societies. Contribute to and support to & # 39; Achieving sustainable development goals that meet their aims; Arab people.