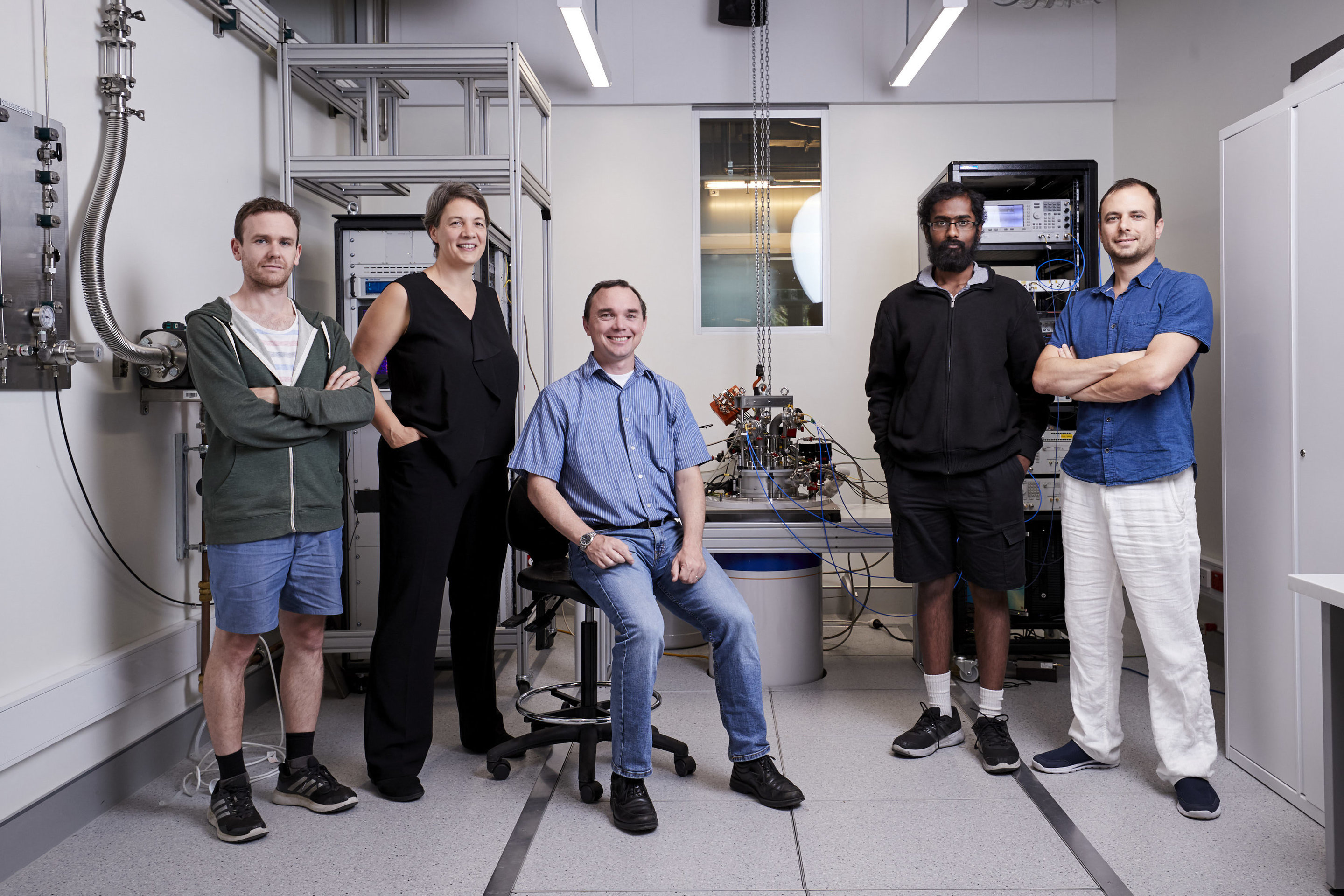 Professor Michelle Simmons' team at UNSW Sydney has demonstrated a compact sensor for accessing information stored in the electrons of individual atoms-a breakthrough that brings us one step closer to scalable quantum computing in silicon.

The research, conducted within the Simmons group at the Center of Excellence for Quantum Computation and Communication Technology (CQC2T) with Ph.D. student Prasanna Pakkiam as lead author, was published today in the prestigious journal Physical Review X.

Quantum bits (or qubits) made from electrons hosted on single atoms in semiconductors is a promising platform for large-scale quantum computers, thanks to their long-lasting stability. Creating qubits by precisely positioning and encapsulating individual phosphorus atoms within a silicon chip is a unique Australian approach that Simmons' team has been leading globally.

But adding in all the connections and gates required for scale up of the phosphorus atom architecture was going to be a challenge-until now.

"To monitor even one qubit, you have to build multiple connections and gates around individual atoms, where there is not a lot of room," says Professor Simmons. "What's more, you need high-quality qubits in close proximity so they can talk to each other-which is only achievable if you've got as little gate infrastructure around them as possible."

Compared with other approaches for making a quantum computer, Simmons' system already had a relatively low gate density. Yet conventional measurement still required at least 4 gates per qubit: 1 to control it and 3 to read it.

By integrating the read-out sensor into one of the control gates the team at UNSW has been able to drop this to just two gates: 1 for control and 1 for reading.

"Not only is our system more compact, but by integrating a superconducting circuit attached to the gate we now have the sensitivity to determine the quantum state of the qubit by measuring whether an electron moves between two neighboring atoms," lead author Pakkiam states.

"And we've shown that we can do this real-time with just one measurement-single shot-without the need to repeat the experiment and average the results."

"This represents a major advance in how we read information embedded in our qubits," concludes Simmons. "The result confirms that single-gate reading of qubits is now reaching the sensitivity needed to perform the necessary quantum error correction for a scalable quantum computer."

Since May 2017, Australia's first quantum computing company, Silicon Quantum Computing Pty Limited (SQC), has been working to create and commercialize a quantum computer based on a suite of intellectual property developed at the Australian Center of Excellence for Quantum Computation and Communication Technology ( CQC2T).

Co-located with CQC2T on the UNSW Campus in Sydney, SQC is investing in a portfolio of parallel technology development projects led by world-leading quantum researchers, including Australian of the Year and Laureate Professor Michelle Simmons. Its goal is to produce a 10-qubit demonstration device in silicon by 2022 as the forerunner to a commercial scale silicon-based quantum computer.

Created via a unique coalition of governments, corporations and universities, SQC is competing with some of the largest tech multinationals and foreign research laboratories.

As well as developing its own proprietary technology and intellectual property, SQC will continue to work with CQC2T and other participants in the Australian and International Quantum Computing ecosystems, to build and develop a silicon quantum computing industry in Australia and, ultimately, to bring its products and services to global markets.