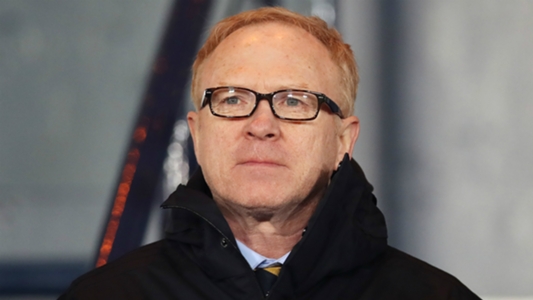 Scotland deserve to be "super confident" of securing Nations League promotion following their crushing 4-0 victory over Albania, according to manager Alex McLeish.

James Forrest's double and one apiece from Ryan Fraser and Steven Fletcher secured a morale-boosting away result on Saturday.

Mergim Mavraj's first-half dismissal for headbutting Ryan Christie swung all the initiative away from Albania and the visitors went on to secure the largest winning margin of either of McLeish's two spells in charge.

Scotland now has the chance to achieve promotion from League C by overcoming Israel – 2-1 winners in the reverse fixture – at Hampden Park on Tuesday.

"Obviously you do not know the outcome before the game starts but I had a good feeling about it," McLeish told Sky Sports about beating Albania.

"I thought if the players brought the performance level to the game then the outcome would be positive and that's the way it turned out.

"It was an exceptionally professional performance from our lads. There was a look of familiarity about us.

"The win gives us a fantastic fillip. We do have a job on our hands, a good challenge, but on that performance the players have to be super confident. But not overconfident."

4 – Scotland recorded their biggest victory in an international game under Alex McLeish (4-0), in what was the Scot's 19th game in charge (across two spells). Response. pic.twitter.com/24Yp4Wh4jV
– OptaJoe (@OptaJoe) November 17, 2018

Bournemouth winger Fraser set Scotland on their way in the 14th minute with a well-taken opener, his first international goal.

The 24-year-old has been in sparkling form in the Premier League and McLeish noted his standout talent as helping to elevate the entire squad.

"We've always said when we get players of that caliber into the team it's going to make us better," he said.

"He started off like a house on fire, was very dangerous and it was a great finish."