November 18, 2018 singapore, Sport Comments Off on Serie A's top scorer Krzysztof Piatek admits he used Fifa 19 to find out about his new teammates 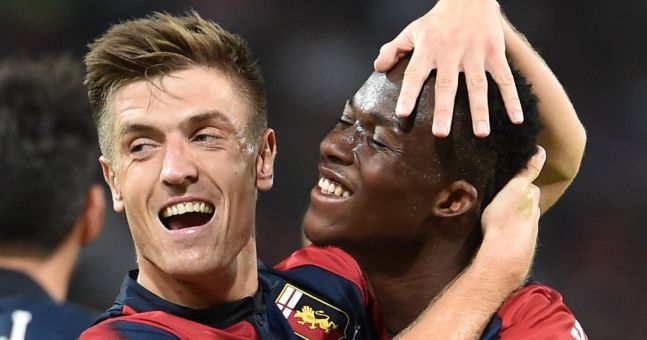 Having joined Genoa from KS Cracovia in the summer, Piatek has scored nine times in the Italian top flight to date and is currently the highest scorer in the league (a goal ahead of some other Serie A new boy called Cristiano Ronaldo).

In an interview with Corriere Della Sera, the Polish forward has put his explosive start at Genoa down to being relatively unknown when he arrived.

"None of my teammates knew me," he explains. "I said to myself: 'If they do not know that I have scored 21 goals [for Cracovia last season] and scored in almost every game, maybe even the defenders will not know me. ' Being a stranger at the bottom has given me an advantage. "

The 23-year-old has also admitted that he was also unfamiliar with his new teammates when he arrived in Italy. In order to learn more about them and their qualities on the field, he reveals that he looked them up on FIFA 19.

"I had no idea who my teammates at Genoa were when I signed, so I turned on my PlayStation and looked them up on FIFA."

Although Piatek made a strong start to the campaign, the goals have dried up in recent matches. Since Davide Ballardini was sacked by club president Enrico Preziosi last month – on the grounds that he was a "terrible coach" – he has not scored a single goal, last finding the net as Poland lost a Uefa Nations League match against Portugal.

Now with Croatian manager Ivan Jurić at the helm, Genoa's last outing saw them thrashed 5-0 at the hands of Inter Milan at the San Siro, a result which leaves them 14th.