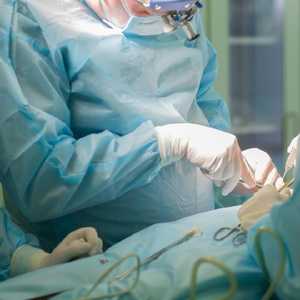 BUNGLING surgeons left medical instruments within 23 patients, as a record 437,468 A Australian was poisoned, injured or injured in hospitals in one year, a remarkable report appeared.

Over a quarter of patients need to wait for more than four hours for a doctor in the Queensland hospital emergency ward – with just 72 per cent of emergency cases being treated in time.

In Queensland, 90,653 patients were injured in hospital – including two patients; Review work had to be done after surgeons had neglected the removal of medical instruments by 2016-17.

The new Productivity Commission's report, which is today's release, shows that 6.5 per cent of patients suffered – or one of all 15 problems from false medical procedures, diseases or bungles workers long & they were in hospital.

In Queensland hospitals, 4431 patients were injured through "poor measurements through medical and medical care", and 33,362 victims were diagnosed with drugs in the hospital.

5475 other patients were taken after treatment or other medical procedures and suffered 18,625 problems from prosthetic devices inside.

Ten patients died from medication remedies, 20 were killed in hospital and a man died after "modes that included a wrong body part". Over 38,000 patients were injured to & # 39; falling over in hospital.