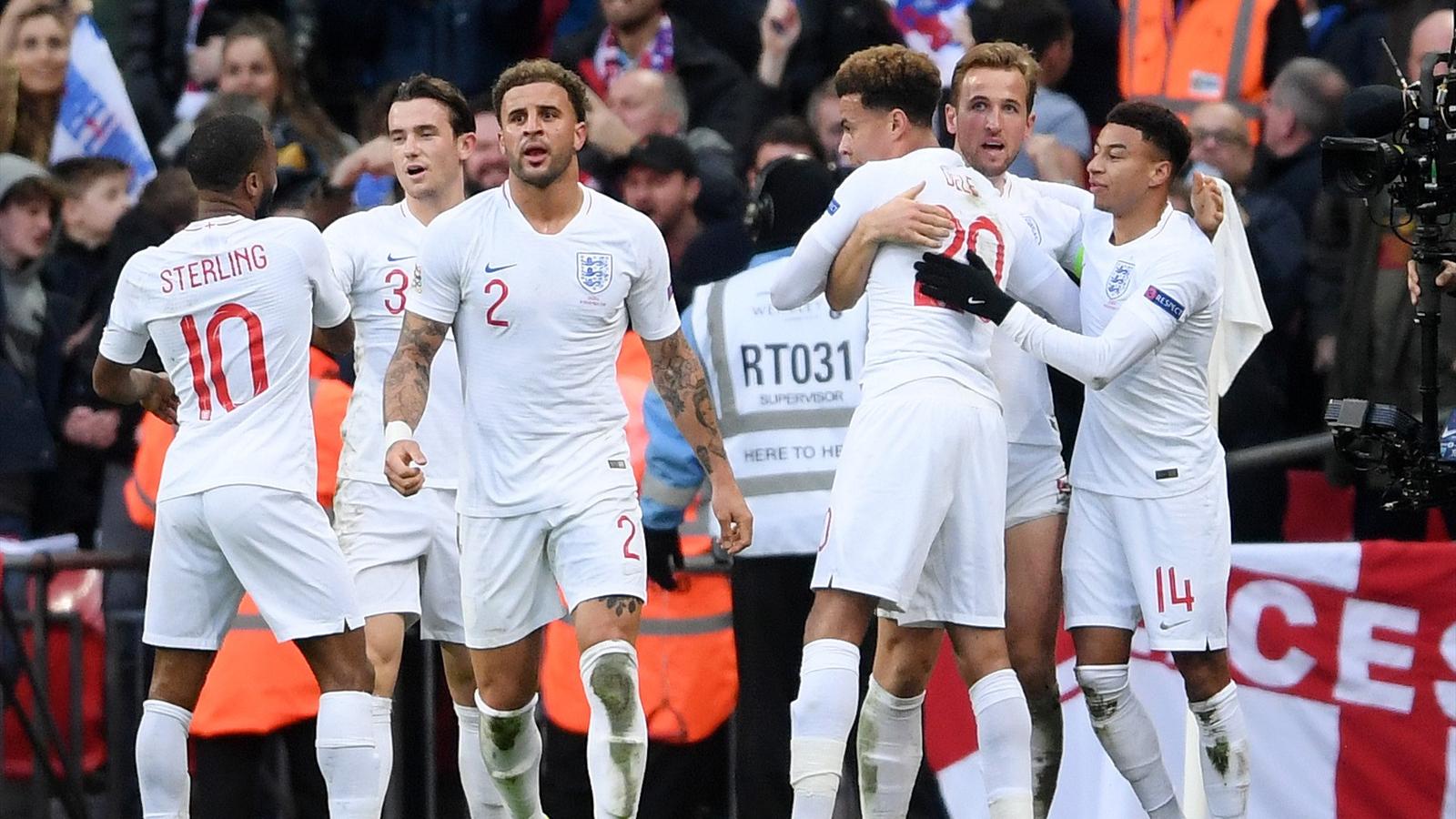 The goal sealed a 2-1 comeback victory to send England through to the finals of the competition next summer.

Kane's goal was his first in international football in 747 minutes, securing a place in Portugal's four-country competition.

The Spurs forward had struggled in the first half, and with the home side set to end a game against Croatia frustrated yet again, Kane struck late.

Southgate said: "Harry is the best goalscorer in the world, frankly.

"You're always loath to take a player off of his ability. I know people have questioned some of those decisions over the summer, but he's our main penalty taker, our leader. In 98 percent of the games, his hold up play and goalscoring is critical.

"He played a fantastic pass for Raheem (Sterling) after dropping off deep and turning in the first half. We have huge belief in him. He is so hungry to lead the team on and further. "

The win for England means that their next European Championship qualifying group will be made up of just five sides, and they will be guaranteed a place in the play-offs should they fail to qualify automatically.

Kane was pleased with the win, saying: "It's unbelievable. We wanted to do this so bad. To get the win was special. It was one of the biggest goals I've scored, for sure.

"I think it shows how far we've come. We've finished top of this group and shown what we're capable of. A huge thank you to the fans. We felt the crowd. We felt their presence. That's what we need everywhere we go.

"We were disappointed not to take our chances but against big sides you have to stay calm. We said after the World Cup we want to keep progressing and get better, and the way to do that is by beating top teams. We finished the year strong. We'll enjoy this one.

"It's incredible, I've never seen Wembley like this in an England shirt. We want to make everyone proud. I know they'll enjoy this one. "

Luka Modric of Croatia is challenged by Eric Dier of England and Harry Kane of England during the UEFA Nations League A group four match between England and Croatia at Wembley Stadium on November 18, 2018 in London, United Kingdom.Getty Images

Southgate was also full of praise for the Wembley atmosphere, something he thinks has developed with the relationship between fans and players.

"What pleases me is the connection with the fans," said Southgate.

"I've not heard Wembley like that for years. We want to continue on these days and nights, and build on it. That energy helped us get over the line.

"The World Cup was obviously far bigger, but then you look at the next challenge, and how you make that worthwhile and rewarding. This was a great opportunity to test ourselves against top teams.

"We now have more opportunities to excite our supporters and connect them with our team. Next year looks really exciting to look forward to. That feeling around the team is really powerful. We have to build on that. That atmosphere was fantastic. If Wembley can be like that over the next couple of years, we'll have some significant games here where our fans will have as big a role to play as the players on the pitch. "