November 19, 2018 singapore Comments Off on Girl slapped while kneeling at carpark: Steps taken to ensure her safety, says MSF 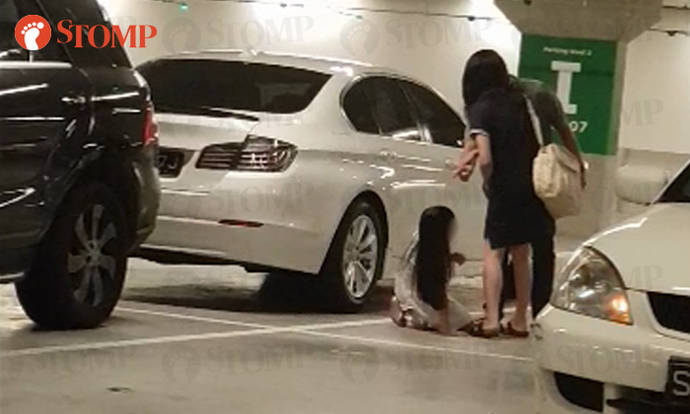 The Ministry of Social and Family Development (MSF) has taken appropriate steps to ensure the safety of a girl who was seen being slapped by a man, said in response to Stomp queries.

Stomp first broke the story after publishing a video of the incident, which Stomper Anonymous witnessed at the carpark of IKEA Tampines on Nov 5.

In the video, the girl can be seen kneeling down while a man shouted and slapped her. The impact caused her to turn and nearly lose her balance.

A Facebook user, known as Richard, reported the incident to MSF after watching the video. IKEA also made a police report.

In an updated statement on Monday (Nov 19), MSF told Stomp that it is assisting the police with ongoing investigations.

A spokesperson added: "MSF has taken the appropriate steps to ensure the safety of the child.

"The case has also been referred to a Child Protection Specialist Center to ensure the child's well-being."