November 18, 2018 singapore, Sport Comments Off on Krzysztof Piatek issues plea to Liverpool and Chelsea – this is why he wants lo leave Football | Sport 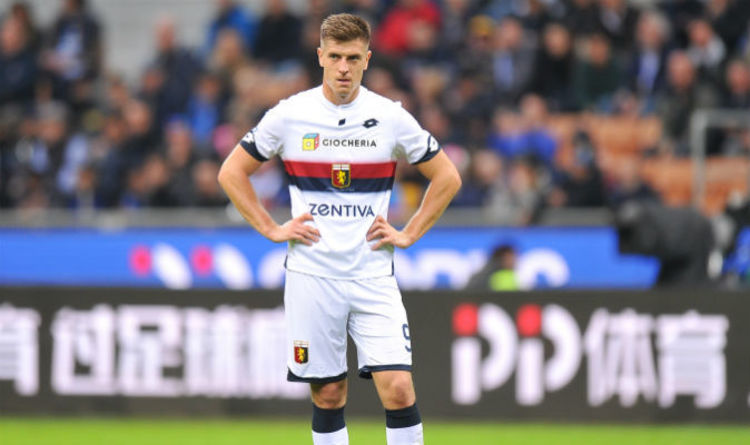 In a candid interview with Italian newspaper Corriere della Sera, Piatek admitted he is hoping to use Genoa as a stepping stone to bigger things and says he is desperate to play in the Champions League.

"It's just a coincidence," he said when asked about his glittering form.

"There's no such thing as a player who scores in every single game.

"Plus Genoa are a big club, but not among the strongest teams in Italy right now. It's far easier to score goals at Real Madrid or Juventus.

"I never expected to be Capocannoniere (top scorer) of Serie A, but it's still early days and I can not rest on my laurels.

"We need goals, I am hungry for more, and those scored towards the end of the season are often more decisive."

Piatek has burst on to the scene after signing for the Italians as a relative unknown from Cracovia in the summer.

And he is hoping to take a 'journey' to the very top of the game and has set his sights on equaling the achievements of Poland team-mate and Bayern Munich striker Robert Lewandowski.

"I do feel a little like Christopher Columbus," added Piatke.

"He set out on an adventure from Genoa and the dream of any young player coming here is to use it as the starting point for a step up to a big club.

"If I continue like this, I can reach a top European team.

"I do not come near him now, but I think one day I can reach the level of Robert Lewandowski.

"When you play in Serie A, it's crucial to keep a clear head and use it for more than just scoring goals.

"It's so wrong when some players think: 'I scored five goals, therefore I am a God of Football.' You're nobody. It's a long road ahead.

"My objective is to play in the Champions League. Genoa and President Enrico Preziosi gave me this great chance and the only way to repay them for the faith and investment is with goals.

"I will not let anyone down."