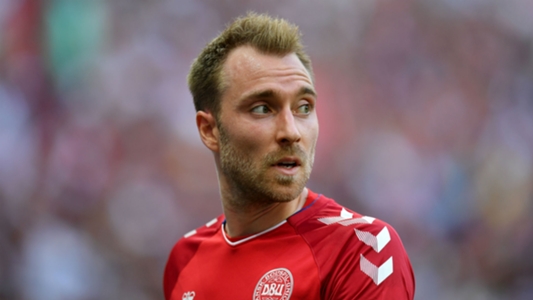 The Spurs playmaker, who has struggled with injury this year, featured for the full 90 minutes against Wales on Friday as the Danes secured promotion from Group B4 with a 2-1 victory.

With their table-topping status confirmed, Hareide had indicated that he would ring the changes for his side's final game of 2018 and give run-outs to squad players typically on the fringes of the starting XI.

But the Norwegian has now stated that Eriksen will line up for kick-off, even if he does not feature for the entirety of the game owing to his fitness struggles across the season so far.

"Christian will play from the start tomorrow," the 65-year-old told his pre-match press conference. "The intention is that he's going to play.

"In this case, we have to sort of nurse him as much as possible. That means he probably will not be staying on for 90 minutes. "

Hareide will be forced to contend without regular starters Kasper Schmeichel and Thomas Delaney after the pair were suspended for the final game, though the manager noted that he fully intended to test the depth of his team in their absence.

"The group is finished [and] we're top of the group, "he added. "Now it's a game to play to get better.

"We have to use every international game we can to get better and to look at our squad and see how everybody performs."

Eriksen spoke earlier in the week about concerns over whether rumors linking him with a switch to Barcelona would hinder further contract negotiations with Tottenham.

The 26-year-old was believed to have turned down fresh terms taking him beyond his current stay until 2020 with Spurs, with interest from La Liga supposedly on the rise.

"There have been talks with Tottenham many times. I can not say if they are over. You must ask them, "Eriksen was quoted.

"I have not felt like they are going to throw me out yet."