Results of the president's election: Čaputová confirmed almost all areas, Šefčovič just no

March 31, 2019 slovakia Comments Off on Results of the president's election: Čaputová confirmed almost all areas, Šefčovič just no 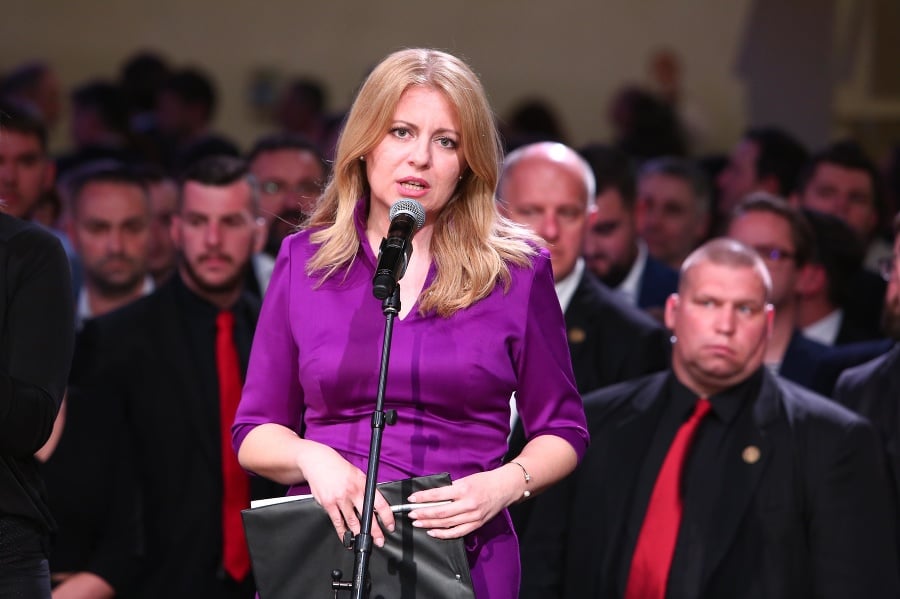 Almost three quarters of voters supported Zuzana Čaputová in the second round of the president's election in the autonomous Bratislava. After counting all the territory, by non-official results, it won 227,954 votes in the Bratislava area, with support from 73.74 per cent of voters.

Complete the results of president elections

Maroš Šefčovič was supported by 81,164 voters, who benefited 26.25 per cent. The number of votes in the Bratislava division was the largest among the devolved units, reaching 54.66 per cent.

Winner in almost every county

But Čaputová affected Šefčovič in almost every region. There's a 39; Banska Bystrica more than 107,000 votes, representing 55.5% of the electorate. The president's candidate, Maroš Šefčovič, received almost 44.5% of the vote in the division.

There's a 39; Trnava autonomous region, obviously the control of Zuzana Čaputová. According to unofficial results, after describing all regional records, it received support from 123,198 voters, giving 65.68% of the vote. Maroš Šefčovič 64,370 votes in the Trnava Division, which represented 34.31% of support.

Čaputová also won Trencin it has received over 112,000 votes, which is nearly 52 per cent. The second applicant, Maroš Šefčovič, received more than 48 per cent in the Trenches division with 105,000 votes. The new president also affected Maroš Šefčovič in the Košice area.

There's a 39; Zilina Unofficial results suggest that Zuzana Čaputová won the autonomous division of the sovereignty. After counting the total area records for the region, 50.96% of voters supported it, and Maroš Šefčovič 49.03% of votes. In total, Zuzana Čaputová in the Department of inailina won 123,803 votes and her opponents Maroš Šefčovič 119,093 votes. The population reached 44.38%.

Also Zuzana Čaputová also won the autonomous division of Nitra. Unofficial returns after accounting for all the area registers in the region, he was supported by 58.06 per cent of voters, and Maroš Šefčovič 41.93% of the votes. Čaputová won 121,499 votes in the Nitra division and 87,702 votes in Maroš Šefčovič. The population of the Nitra region reached 37.44 per cent.

Šefčovič won in the same area

only Prešov the autonomous division took over the unsuccessful president candidate Maroš Šefčovič. It gained 51.03 per cent with 119,596 votes. The new president, SR Zuzana Čaputová, was 48.96% in the largest region, which represents 114,763 votes. Participation in the Prešov sector reached nearly 39 per cent.

Šefčovič congratulated Zuzana Čaputová on his victory, and Čaputová telephoned Čaputová as he told journalists after counting the majority of voters' votes. “I told her that she has a lot of responsibility tonight since she is coming to become a head of state. I stressed that, although we had a very lively campaign, there are times before the Slovakia needs the Slovak. he was united to look at the key actions of the future Šefčovič said he would work for the Slovak Republic and only wants the best for Slovakia and Čaputová.

"I put a bouquet on it, because it deserves it." said the priest. Šefčovič thanked all the electors who came to the elections and also to those who gave their vote for them. "I think of how I will manage this commitment in the future," said the priest. At the same time he thanked his wife Helene, who had stood with him in difficult times. "We've spent a lot of time together in this campaign," he said and thanked his family, daughters, son and the rest of the family as well as his election team.