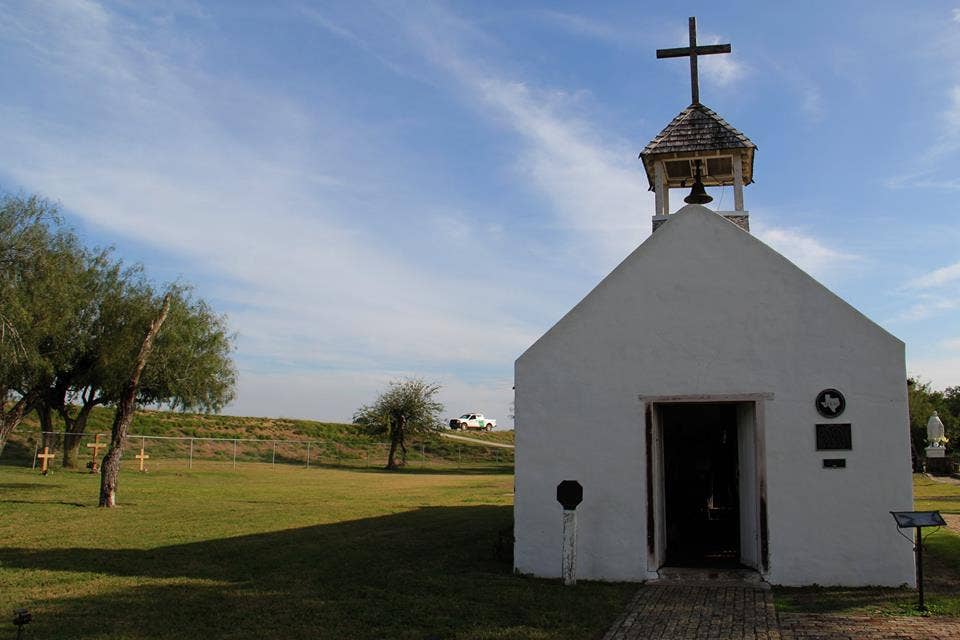 A historic mission in South Texas is sitting on land the federal wants to use for a planned border wall.
(Facebook)

A South Texas Catholic diocese is fighting back against the federal government's demand for possession of its land, saying the planned construction of a border wall that would run through the site of a historic mission "goes against the First Amendment, freedom of religion," The Corpus Christi Caller-Times reported.

The federal government filed a notice in court last month of its desire to survey the land for possible construction and "fencing and related infrastructure" along the border, according to the report, The Fort Worth Star-Telegram reported. The 66-acre land, owned by the Catholic Diocese of Brownsville, is in Mission, Texas, and is the home of La Lomita, a historic Catholic mission.

IMPALES ROD MIGRANT WOMAN WHO THESE CLIMBING OVER US BORDER FENCE

The diocese has framed the government's demands as an infringement on freedom of religion. Bishop Daniel Flores said using the land for border security would inhibit freedom to worship at La Lomita.

In another document filed in federal court in McAllen last week, the government maintained Congress authorized the seizure of land for border security more than ten years ago.

"The United States needs immediate possession of the subject property in order to meet this congressional directive," the document read.

The document reportedly cited President Donald Trump's executive order which directs federal authorities to "secure the southern border of the United States through immediate construction of a physical wall on the southern border, monitored and supported by adequate personnel so as to prevent illegal immigration, drug and human trafficking, and acts of terrorism. "

The filing reportedly maintained that the government would need possession of the land for at least a year while it decided how to construct the wall but insisted it would not interfere with the rights of the diocese.

Brownsville attorney David Garza rejected those claims, saying that a survey of the land would require "one or two days at the most" and not an entire year.

No verdict has been ruled on the government's demands.