They hit the "lost twin" of the sun, located at 184 years light from the Earth

November 22, 2018 Ciencia y Tecnología, venezuela Comments Off on They hit the "lost twin" of the sun, located at 184 years light from the Earth 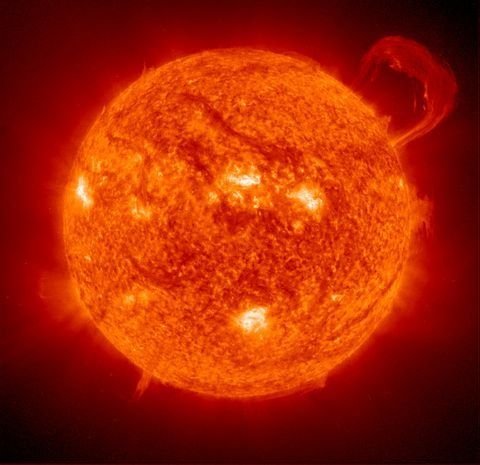 Astrónomos affiman that both stars have the same chemical composition, they were born from the same gas and volvo cloud and are common

The "sun twin", a star located at 184 years light from the earth that has the same chemical composition of the sun and was born from the same cloud of gas and dust that gave rise to our star, was finally identified by a team of astronomers after years of search.

It is the HD 186302 star and its discovery was described in the Astronomy and Astrophysics magazine by the group of Portuguese Astrophysics Institute led by Vardan Adibekyan.

For astronomers, the years ago, they persecuted the twin of the Sun, because it is known that the stars are born "in groups of hundreds and thousands, of the same gas and dust cloud that is added for gravitational instability," said ANSA Isabella Pagano of National Institute of Astrophysics (INAF) of Catania, Sicily.

"Over time, the stars of these piles go away and scatter," Pagan said.

Meanwhile, Adibekyan revealed: "The sun does not have a single twin, but many and individualizing them can help us understand where it was in the galaxy and in what conditions it was formed."

The researchers examined about 20,000 stars censored by the GAIA satellite of the European Special Agency (ESA) and selected the most similar to the Sun.

And among them, the most similar resulted in the HD186302 for dimensions, temperature, composition, luminosity and in the mode in which it moves in space.

The star seems to be a common one of the Sun, which has 4,500 million years, but "still," said Pagano, "the researchers admit that" other studies are necessary to calculate the age better. "

The next step will be to search for any orbit planets around the star because the discovery could have implications for life search, since "the only place in the universe we know with certainty that life was formed is in the Solar System.

This means that dimensions, age, temperature, luminosity and the chemical composition of the Sun are all elements compatible with life as well as we know it.

Consequently, some planets similar to the earth in orbit around the stars, with the same characteristics of the sun, could have the necessary conditions to accommodate lifestyles, the experts evaluated.