November 19, 2018 Sports, unitedstates Comments Off on Three takeaways from the Bears' victory over the Vikings on 'Sunday Night Football' NFL 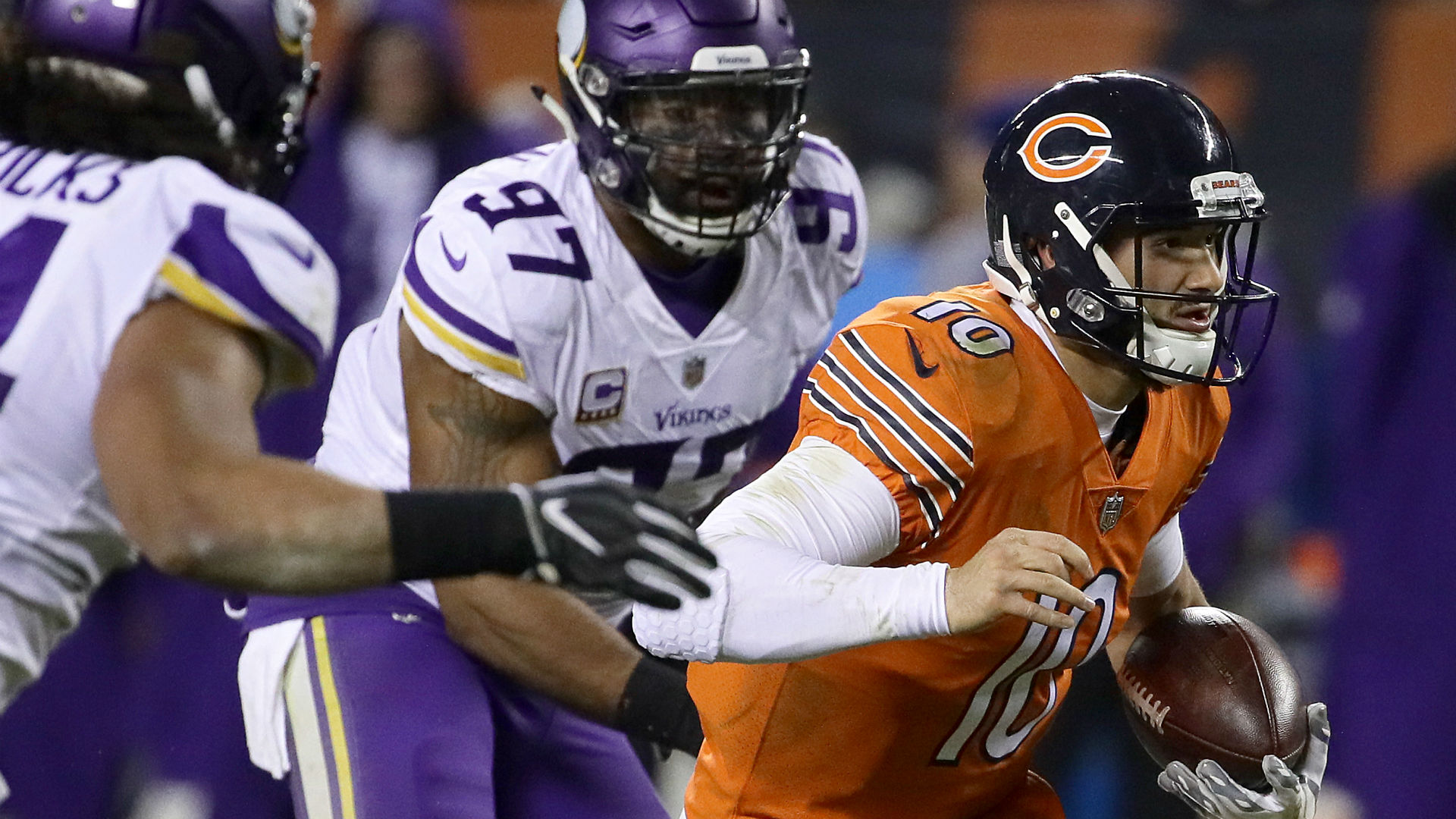 Chicago (7-3) has now won four in a row and expanded its lead over the Vikings (5-4-1) in the NFC North. Despite many bright spots for the Bears, there were a few plays they'd like to have back.

Here are three takeaways from the Bears' victory.

Will the real Mitch Trubisky please stand up?

Trubisky is living up to his status as the No. 2 overall pick in the 2017 NFL Draft. He's got plenty of talent, he can pick up big chunks of yardage on the ground, and he can buy time and hit the big downfield pass, as he did here to Anthony Miller in the second quarter against the Vikings.

Trubisky also seems to be a good game manager. That is, until he does something he should not have done. After completing his first six passes against the Vikings, mostly on short, safe routes, Trubisky forced a pass downfield into almost triple coverage, where it was picked off. That sequence epitomizes his current status as a quarterback, where he's still prone to gaffes. He threw another pick in the third quarter where the nearest Bears receiver, Allen Robinson, was yards away. And then in the fourth quarter, he fortunately got away with a bad pass that could have – should have – been a pick-six.

Trubisky has great potential, and he's played exceptionally well the past few weeks. Coming into the Vikings game, in his past six games he'd averaged 278 yards passing, 44 yards rushing and almost three touchdowns a game. He passed for only 165 yards against Minnesota, hitting 20-of-31 passes, with that one touchdown and two interceptions. The Bears do not need Patrick Mahomes-type numbers out of Trubisky. They just need him to avoid silly mistakes. He made two or three against the Vikes, but luckily got away with them.

As it stands now, the Saints and Rams, both 9-1, are the titans of the NFC. But riding a four-game winning streak, the Bears look like the third-best team in the conference. Bears fans have already wondered how their team would match up with those two offensive powerhouses.

Chicago will host the Rams in the Sunday night game Dec. 9, which should be a nice preview of any potential postseason matchup. Frankly, no one wants to play the Bears' defense in the postseason. Against the Vikings, Khalil Mack had a sack, forced fumble and fumble recovery – just another day at the office for him. But other Chicago defenders stepped up Sunday night to limit Minnesota to 268 total yards. Check out safety Eddie Jackson on the pick six:

Eddie Jackson with the pick six to extend the #Bears lead 22-6! pic.twitter.com/9Vd9EgHi8a

Rams quarterback Jared Goff and Saints quarterback Drew Brees look unstoppable at the moment, but if any defense can stop them – or at least slow them down – it's the Bears. This is where we'll circle back to Trubisky. If the young QB plays well, the Bears have the weapons to score some points against those two exploitable defenses. Tarik Cohen is an explosive player who is still being underutilized, Jordan Howard is a reliable back, and receivers Allen Robinson, Taylor Gabriel and Trey Burton are all capable of big plays. The Bears, for years stuck as bottom feeders in the NFC, are for real. But they'll need reliable play from Trubisky to reach their potential.

Where do the Vikings go from here?

The Vikings are now 5-4-1 on the season, which puts them in a precarious spot with about six other teams who will likely be vying for a wild-card spot (assuming the Bears hold onto the division lead). And there are some tough challenges remaining on Minnesota's schedule. Next up is Green Bay at home, followed by a trip to New England, and a game at Seattle. It's possible the Vikings could lose all three of those games. To win two of those games would be great. The final three games see them host the Dolphins, travel to Detroit and then host the Bears in a revenge game in the season finale. Two wins out of that trio of games should be expected.

Minnesota has a much better offense than they showed Sunday night, and are a playoff-caliber team. But the next three games will make, or break, the Vikings' season.