Trump says Pence is "100 percent loyal" in his reports he's questioning the VP's loyalty and role.

November 17, 2018 U.S., unitedstates Comments Off on Trump says Pence is "100 percent loyal" in his reports he's questioning the VP's loyalty and role. 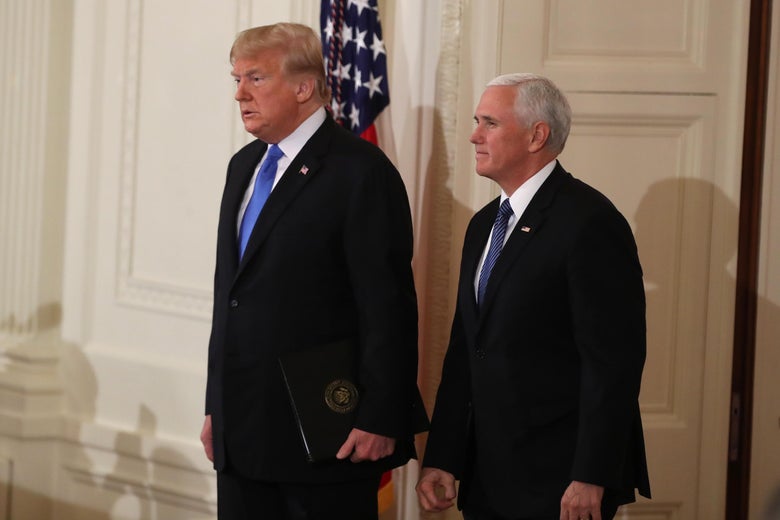 Proving, once again, that President Donald Trump trusts literally no one, in the wake of the midterm elections last week, Trump has reportedly been wondering aloud to aides: Is Mike Pence my guy? Trump was asked point-blank in a press conference last week whether Pence would be his running mate next time around, to which Trump responded, theatrically, in the affirmative. Despite that public gesture, however, the New York Times reports that, according to a dozen Trump aides and confidantes, the president has been probing his advisers over whether Pence is loyal or not.

"Mr. Trump has repeated the question so many times that he has alarmed some of his advisers, "the Times reports. "The president has not openly suggested dropping Mr. Pence from the ticket and picking another running mate, but the advisers say those kinds of questions usually indicate that he has grown irritated with someone. "That's not a particularly good sign for Pence coming from the most intensely selfish and, arguably, most disloyal human being since the advent of human beings. Even worse for Pence, the Times reports that "the answers Mr. Trump gets to his question have varied, depending on whom he asks. "Yikes.

Evaluating the role of a VP is not out of the ordinary due diligence for a president running for re-election, but when the president has fired or run off an extraordinary number of his top staff, the prospect of Trump noodling the value of Pence carries more weight. In the Mike Pence Is Loyal column is the reality that Pence, as vice president, has not only carried Trump's water, he has shown no problem lying for the president, affirming the fictional reality that Trump erects around himself. Being willing to lie repeatedly, publicly, and often humiliatingly, seems like a pretty important job requirement for Donald Trump's VP. How does Mike Pence do on that front? Check. Check. Check.

In this notoriously conniving White House, though, some aides are apparently pushing the line that Pence did his job of convincing evangelical voters in 2016 that Trump could be trusted on their issues, but with that relationship now looking rock-solid, maybe it's time to find someone new who addresses another of Trump's many, many deficiencies with voters. Namely, someone who makes him less toxic to female voters, who have been decamping in droves from the new, Trumpy GOP.

On Saturday, Trump addressed the Times article in typical fashion:

The New York Times did a phony story, as usual, about my relationship with @VP Mike Pence. They made up sources and refused to ask me, the only one that would know, for a quote ….

…. I can not imagine any President having a better or closer relationship with their Vice President then the two of us. Just more FAKE NEWS, the Enemy of the People!

"No, I do not question his loyalty at all. He is 100 percent loyal. It was a phony story, "Trump told reporters at the White House Saturday morning. "Mike Pence is 100 percent … not even a doubt about it in my mind. He's been a trooper. He's been with me from as soon as I won the primaries. I could not be happier. "

So it's totally happening then?