Turkey Football Federation (TFF), Ziraat Turkey Cup final semi-finalist in program production. According to the report, the first performance is played on 2-3 April and the performance will be played on April 24-25.

Galatasaray – Evkur Yeni Malatyaspor and Ümraniyespor – Ziraat Turkey will play a game in Akhisarspor naming the semi-finals and times of the semi-finals. 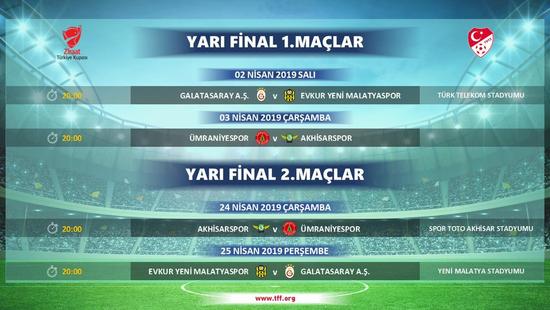