Two of the rebels NPA were killed, another kidnapped in the Compostela Valley band

March 28, 2019 philippines Comments Off on Two of the rebels NPA were killed, another kidnapped in the Compostela Valley band 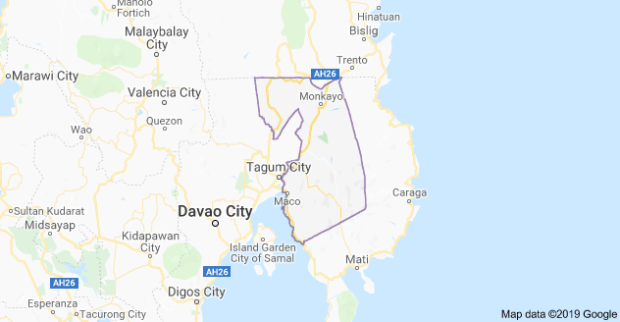 DAVAO CITY – Two suspicious communist rebels were killed in a conflict with government troops in the capital of Mabini, Compostela Valley on Thursday, a local army spokesman said.

Notable suspects and a number of armed weapons and bombs were removed after the fire in Barangay Anitapan at 1:30 pm, according to 1Lt Jhocell Asis, spokesman of the 71st. Infantry Battalion.

Asis reported that soldiers from the 71st IB had moved the warfare after receiving reports from locals that Staff Army guerrillas intended to gather to celebrate the 50th anniversary of the rebels on Friday Friday near Anitapan when the troops arrived. the men at Sitio Mangurayan.

There was a five-minute battle and three rebels followed and the bodies were recovered on the site where they met.

A soldier was wounded, Asis told the Inquirer by phone, forwarding the bodies of the rebels to kill to town officers “for the proper business.” T

"An captured NPA member was admitted to the Mabini police for recording criminal offenses," she said.

Subscribe to INQUIRER PLUS to have access to The Philippine Daily Inquirer & 70+ other titles, which take up to 5 devices, listen to the news, download as early as 4am & share articles on social media. Phone 896 6000.