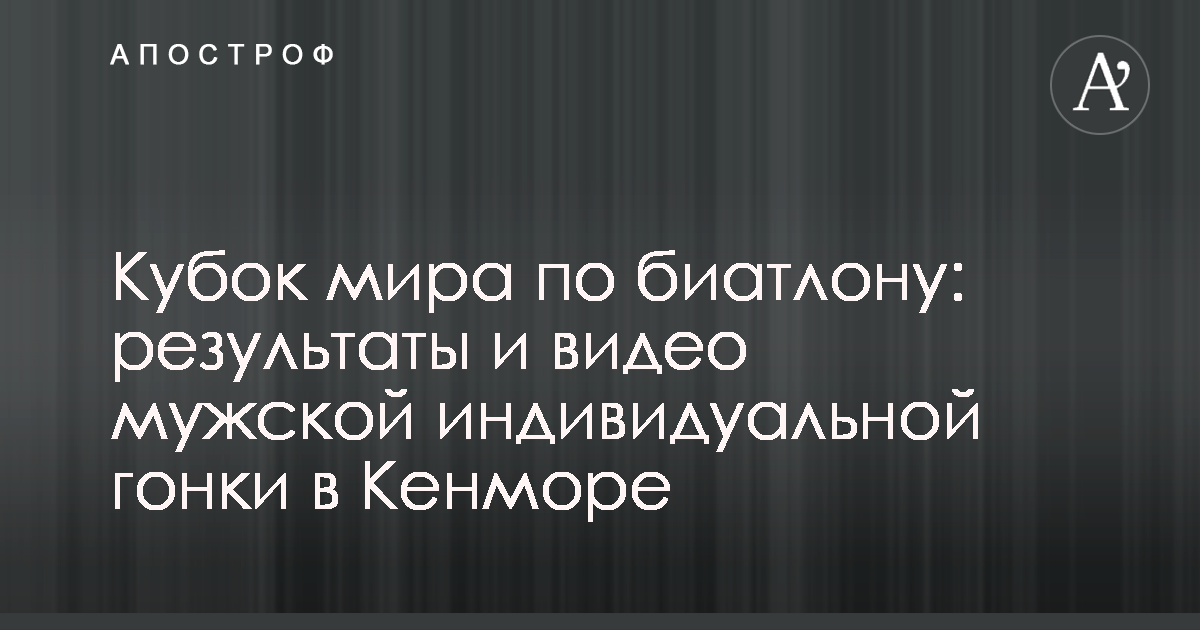 The seventh phase of the Biathlon World Cup, which includes Kennedy Kennedy, opened the individual race of men.

At the "Apostrophe", an online video broadcast of the individual race was recorded in the Ken Mor.

Due to poor growth in Ceannmore, the International Union of Biathlon decided to reduce the race distance from 20 to 15 km.