March 31, 2019 unitedkingdom Comments Off on Treasure: A gold medal found near Woodbridge 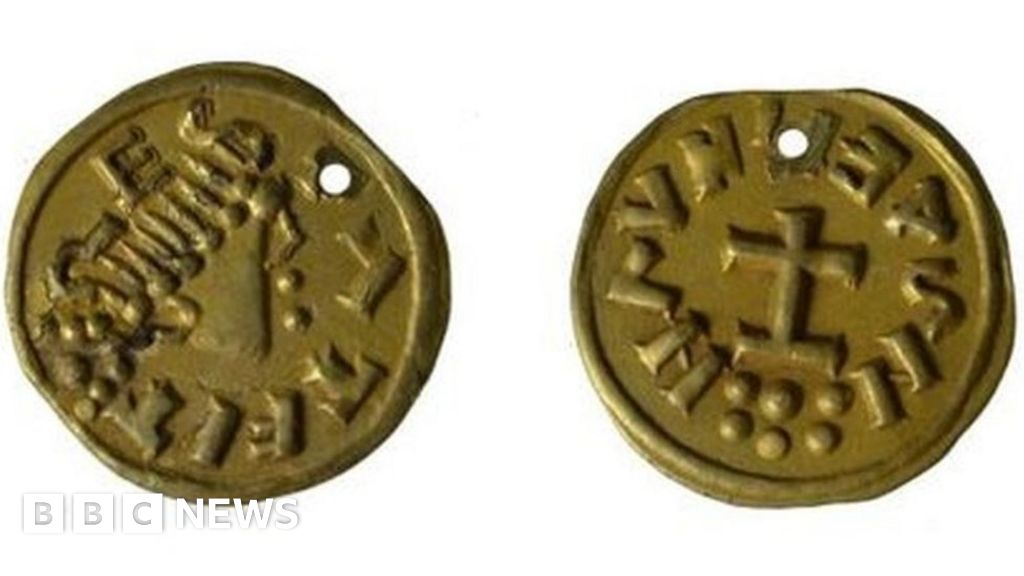 A "prohibited" decision to shape the 7th century as a scarce is said to be a treasure.

Suffolk's Crown, Nigel Parsley, was told that it was an unofficial copy of the Merovingian gold medal which had been cut originally in Dorestad between 630 and 650.

It was heard that the Legends on either side of the coin, found near Woodbridge, were spelled incorrectly.

The archaeological officer Faye Minter said the Anglo-Saxon coins were valuable and "rare, stupid or not".

She said the coin was thought to have been used for jewelery, as it was excavated and there was a "general lack of general clothing".

Miss Minter told the hearing in Ipswich that the legends on both sides were "damaged" to a level that was "unusual in official cases of this money".

She said it was about 0.3g light than normal and it was thought to have been made during the decades after 650.

The medall was found in autumn 2016 by metal detecting on land plowed.