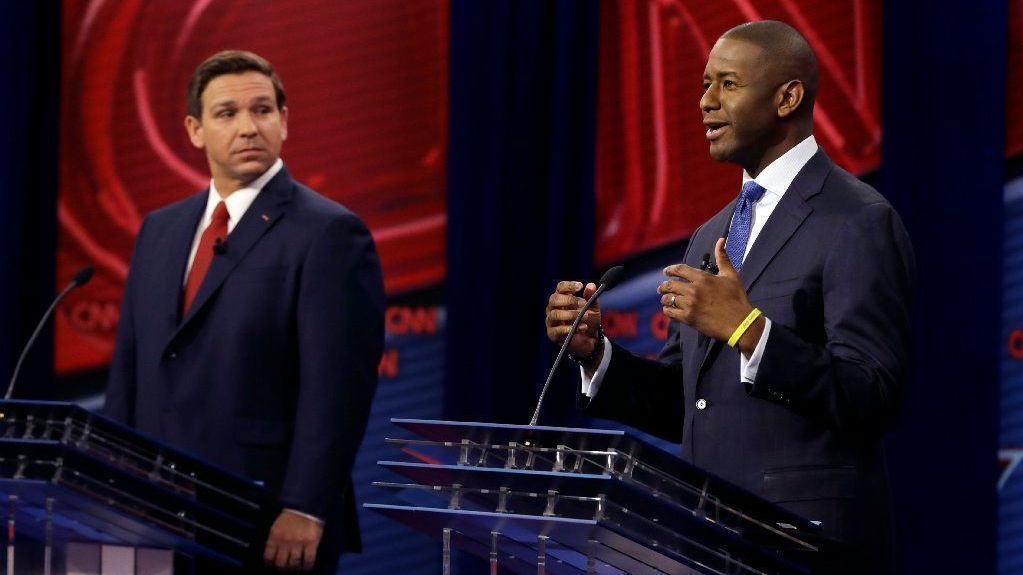 Gillum, in a video that he posted on Facebook, congratulated Republican Ron DeSantis but vowed to remain politically active although he gave no clues as his future plans. His term as Tallahassee mayor ends next week.

"This has been the journey of our lives," said Gillum, who appeared in the video with his wife, R. Jai Gillum. "Although nobody wanted to be governor more than me, this was not just about an election cycle. This was about creating the kind of change in this state that really allows the voices of everyday people to show up again in our government."

Gillum's announcement came as most Florida counties were winding down their hand recount in the state's contentious U.S. Senate race.

The smattering of results publicly posted on Saturday showed that Democratic U.S. Sen. Bill Nelson was only gaining a few hundred votes in his bitter contest with outgoing Gov. Rick Scott, a Republican.

State officials ordered a manual recount earlier in the week after a legally required machine recount showed that Scott led the incumbent Democrat Bill Nelson by about 12,600 votes. More than 8 million voters cast ballots in the race.

Florida's high-profile race for governor was close as well, but not enough to trigger a hand recount.

Counties have until noon on Sunday to file their official results, but it appears the gap is too far for Nelson to close. Nelson's campaign has remained quiet as the final count has gotten closer.

Nelson and Democrats filed several lawsuits following the close election, challenging everything from the state's signature mismatch law to deadlines for mail-in ballots.

The Nelson campaign managed to secure only one victory in court. U.S. District Judge Mark Walker gave voters until 5 p.m. Saturday to fix their ballots if they have not been counted because of mismatched signatures. Nearly 5,700 ballots were rejected because signatures on ballot envelopes did not match signatures kept on file by election officials.

But Walker rejected additional lawsuits, including one that sought to change the rules used while inspecting hand ballots.

If the 76-year-old Nelson loses, it would likely spell an end to a lengthy political career that stretches back four decades. Nelson was first elected to the U.S. Senate in 2000. A win for Scott would mark his third victory since the multimillionaire businessman launched his political career in 2010. In each race, Scott has barely edged his Democratic opponent.

Back in 2000, the state became the target of ridicule during the chaotic recount of the presidential election that was ultimately won by George W. Bush by 537 votes.

The stakes are not quite as high this time around, but there have been plenty of problems, especially in two Democratic strongholds in South Florida

On Saturday, the top elections official in Broward County acknowledged publicly that her office had misplaced more than 2,000 ballots.

The South Florida Sun-Sentinel posted video where Broward County Supervisor of Elections Brenda Snipes said that 2,040 ballots had been "misfiled."

"The ballots are in the building," Snipes tells members of the canvassing board responsible for doing the hand recount.

It was another snag for Snipes, who has already been under fire for the way her office has handled the election and recount. Some Republicans have been calling for Gov. Scott to remove her from office.