'Fallout 76' Players Crash Servers by Launching 3 Nukes at Once

November 18, 2018 Technology, unitedstates Comments Off on 'Fallout 76' Players Crash Servers by Launching 3 Nukes at Once 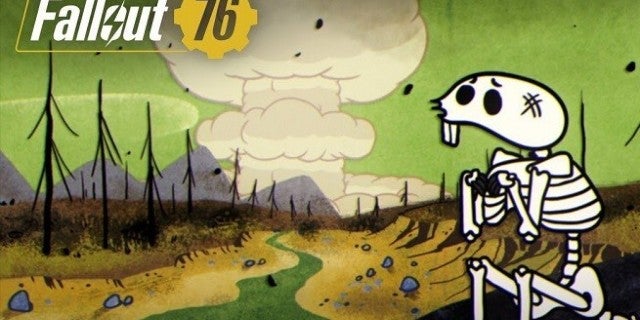 A group of Fallout 76 players launched three nukes at once to see what the result would be, but they never truly got to witness it since their actions apparently crashed the servers.

That's what happened according to Nickaroo93's video above, the YouTuber who was a part of the Fallout 76 squad that witnessed three nukes hit the ground almost simultaneously. Under normal circumstances, dropping a nuke on an area would wipe out its inhabitants and repopulate the blast zone with powerful irradiated enemies, but the players never got to see what three nukes would do since their games crashed when they were on the way to the area of detonation.

Funnily enough, they even predicted earlier on in the video that the triple nuke assault might crash the servers. Nukes in Fallout 76 are intended to be end-game content, but many players have already reached the point where they can launch the nukes after playing the beta each day it was live. In a Reddit post about the server-crashing nuke launch, one of the team members discussed the achievement and got a comment about how someone's game crashed after launching just one nuke, so it's not too hard to imagine that three nukes would result in something somewhere breaking. The user who was a part of the event shared an album of images found above to show the stages of the nuke launch they witnessed that eventually led to them being disconnected from the game.

So we launched three nukes at once in # fallout76 some things happened! // t.co/F6ZnLmXnZD

The Redditor and player discussing the nuke launches, a user named KillerzHD who goes by Polaflex in-game, said one of the goals of the team's attempt to set off three nukes at once was to see what would happen to the Scorchbeast Queen is multiple nukes were dropped on the same area. This group of players was the same party that made headlines days ago after they blasted a fissure site with a nuke and spawned a three-star, level 95 Scorchbeast Queen. KillerzHD said they wanted to see if nuking the same spot more than once would level up the epic monster even higher, but they never got to find out. The new plan is to continue looking for that answer by dropping two nukes instead of three, two of them being dropped at the same time with a staggered launch of three nukes perhaps being tried later.

Fallout 76 is now available for the Xbox One, PlayStation 4, and PC.