'I Would Give Myself an A +' – Rolling Stone 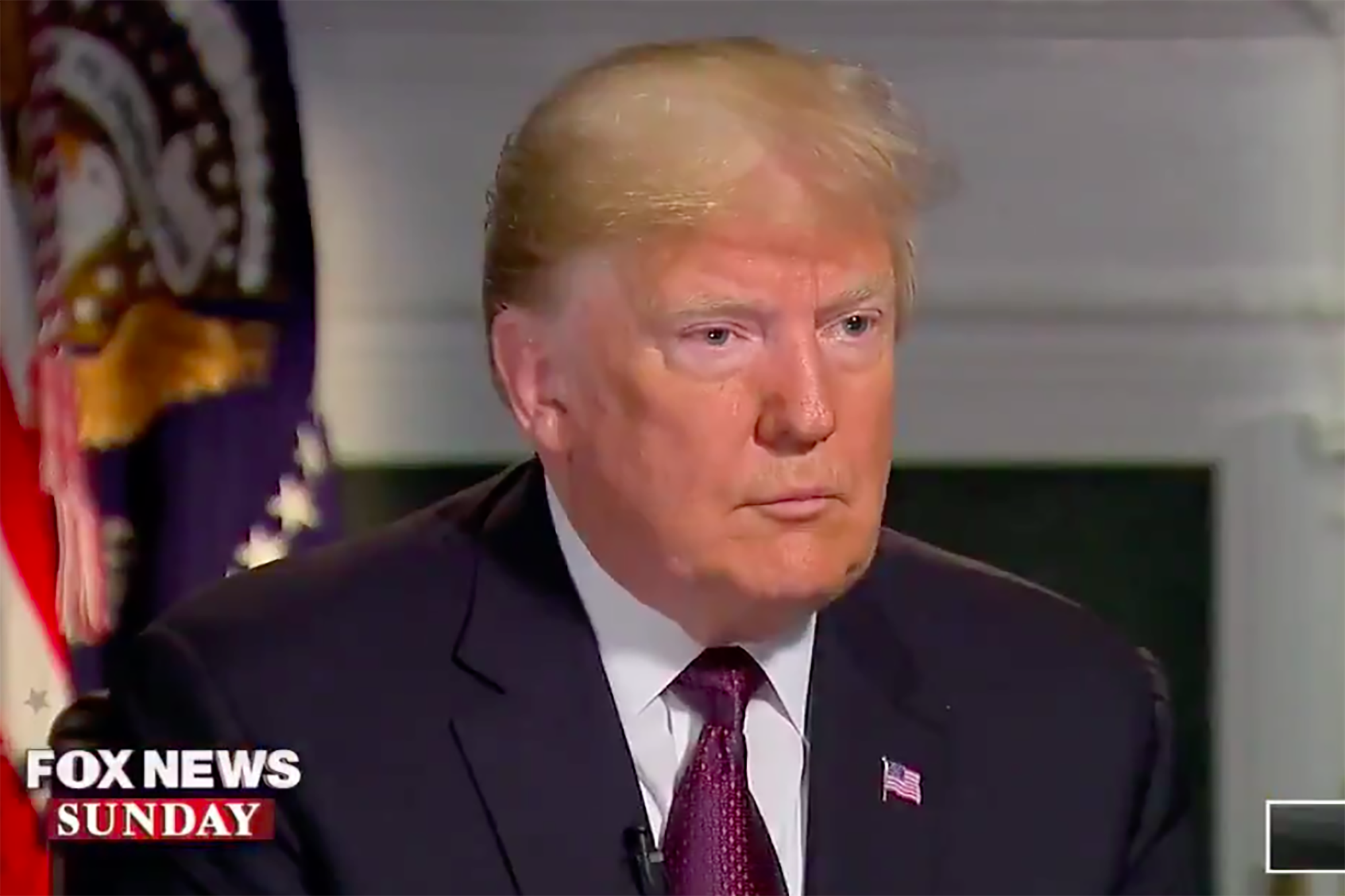 In an interview between Fox News' Chris Wallace and President Donald Trump, topics ran the gamut from Trump's relationship with the press to why he did not visit Arlington Cemetery on Veterans Day to the appointment of Matthew Whitaker as acting Attorney General overseeing the Mueller investigation .

Discussing CNN reporter Jim Acosta's victory in court that gave him back his press pass, Trump said, "It's fine, it's not a big deal. What they said though is we have to create rules and regulations for conduct .. And if he misbehaves, we'll throw him out … Look, nobody believes in the First Amendment more than I do. And if I think somebody's acting out of sorts, I will leave, I'll say thank you very much everybody, I appreciate you coming and I will leave. And those reporters will not be too friendly to whoever it is that's acting up. "

Wallace followed up with a logical question: Why call on Acosta in the first place?

"Actually I like to do it, but in many cases I do not. He'll stand up, he's unbelievably rude to Sarah Huckabee, who's a wonderful woman, unbelievably rude and I see that and I actually ask her the same: Why do you call on these people that are so nasty? I think one of the things we'll do is maybe turn the camera off that faces them because then they do not have any air time. "

It's an interesting approach to the issue. Leave it to Donald Trump to believe that the ultimate punishment he can inflict on a person is to take away their ability to be on camera.

When the discussion turned to Trump's controversial choice of Matthew Whitaker for Acting Attorney General following the firing of Jeff Sessions, and Whitaker's vocal criticism of the Mueller probe, Trump said he was not aware of Whitaker's views on Mueller.

Naturally, Trump did not want to miss a chance to reiterate his "no collusion" line, denying he was aware of Whitaker's comments and and saying, "I did not know that. I did not know he took views on the Mueller investigation … I do not think it had any affect. If you look at those statements, they really can be viewed either way. "

This is untrue, and Wallace said as much. Among other things, Whitaker has said, "The truth is there was no collusion between the Russians and the Trump campaign." Whitaker also suggested starving Mueller's budget and forcing the investigation to end that way.

Trump responded: "What do you do when a person is right? There is no collusion. He happened to be right. I mean, he said it. So if he said there is collusion, I'm supposed to be taking somebody that says there is? Because then I would not take them for two reasons, but the number one reason is the fact that he would have been wrong. If he said that there was no collusion, he's right. "

Wallace then asked how Trump would react if Whitaker decides to "curtail" the Mueller investigation. "I would never get involved … [but] the whole thing is a scam, "Trump replied.

WALLACE: Whitaker is going to have to make big calls on Mueller probe. If he decides to curtail it, are you ok w / that?

W: But you will not overrule him if he decides to curtail?

T: "I would not get involved …[but] the whole thing is a scam. " pic.twitter.com/bqnjIlVEHq

Then Wallace brought up Veterans Day and Trump's failure to visit Arlington Cemetery as his predecessors did, Trump said he was "extremely busy" and thought the fact that he'd been at an American cemetery in France the day before would have been good enough.

"And I probably, you know, in retrospect, I should have [gone], "Trump said," And I did last year, and I will virtually every year. But we had come in very late at night and I had just left, literally, the American Cemetery in Paris. And I really probably assumed that was fine and I was extremely busy because of affairs of state – doing other things. "

Trump says that he should have gone to Arlington National Cemetery on Veterans Day but he "was extremely busy on calls for the country. We did a lot of calling, as you know." pic.twitter.com/PIm8UZhxEm

But perhaps the greatest line in the entire interview was Trump's response to Wallace's question, "Where do you rank yourself in the pantheon of great presidents? … Do you make the top 10?"

Trump responded in the most classically Trumpian way: "Look, I hate to do it, but I will do it. I would give myself an A-Plus. Is that enough? Can I go higher than that? "

President Trump rates his job performance compared to past presidents. He tells Chris, "I would give myself an A +." #POTUSonFNS pic.twitter.com/9OPrTpqs60