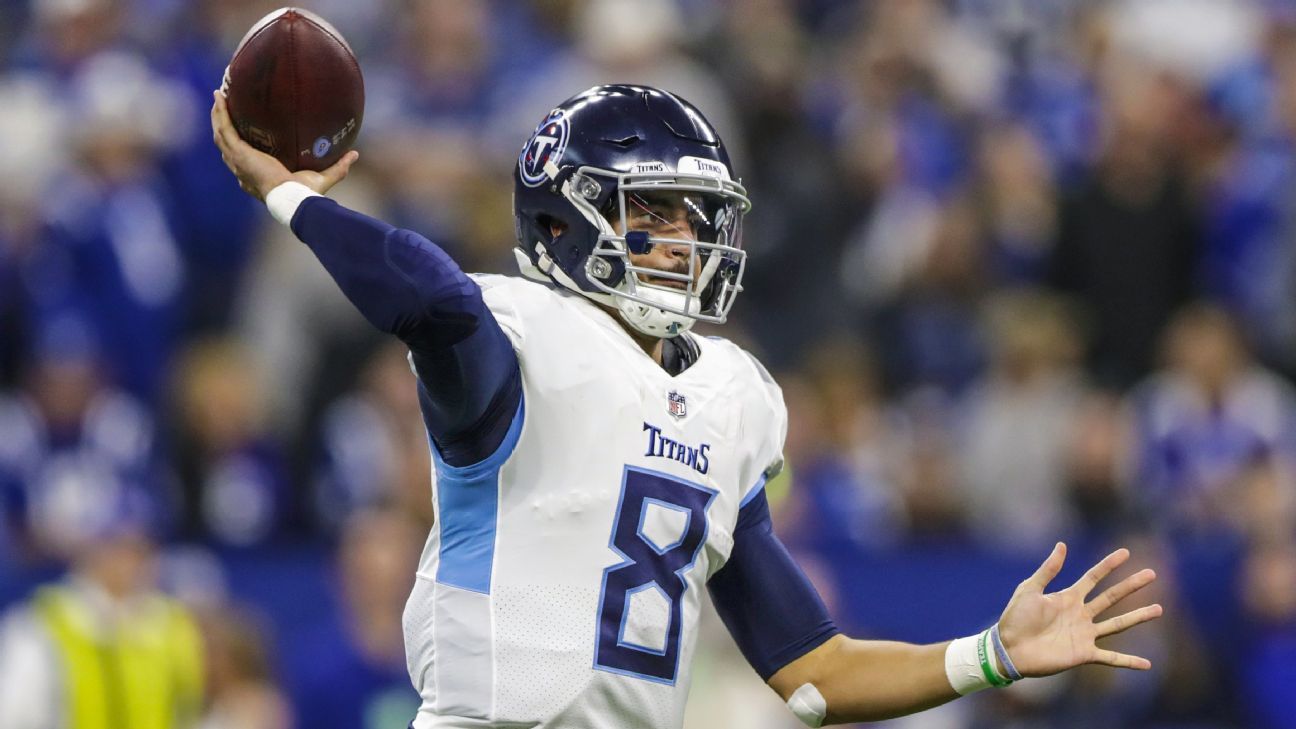 INDIANAPOLIS – The already horrible day got even worse for the Tennessee Titans when quarterback Marcus Mariota suffered an elbow injury after being sacked by Indianapolis Colts defensive lineman Denico Autry with seconds remaining in the second quarter.

Mariota stayed down for a moment then was walked off the field shaking his right hand. With only 24 seconds left in the first half, the training staff took Mariota directly into the locker room. Quarterback backup Blaine Gabbert came in to relieve Mariota in the Titans' 38-10 loss.

Mariota was sacked four times and threw for just 85 yards on 10-of-13 passing.

Earlier in the game, Titans defensive coordinator Dean Pees was taken to a local hospital for observation after experiencing a medical issue in the press box.

The Titans managed to win a Week 2 game over the Houston Texans at home with Gabbert under center after Mariota suffered an elbow injury in a loss against the Miami Dolphins in the season opener. The previous injury was an ulnar nerve issue that prevented Mariota from being able to grasp the football.