Mel B opens up about suicide attempt with 200 pills

November 18, 2018 Entertainment, unitedstates Comments Off on Mel B opens up about suicide attempt with 200 pills

Citing sex and alcohol addiction, Mel B told British tabloid The Sun she'll be entering a rehab facility in the U.K.
Wochit 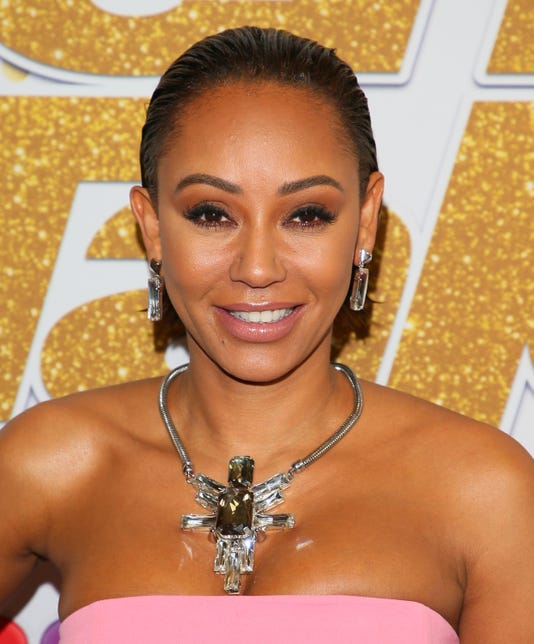 Melanie Brown is opening up about her 2014 suicide attempt.

In an excerpt from her memoir, "Brutally Honest," the former Spice Girl admitted to taking "nearly 200 aspirin pills" in an attempt to escape her tumultuous marriage to producer Stephen Belafonte.

"I'll be wearing a beautiful dress, my hair and make-up will be perfect. But if you want the absolute truth, I do not care about any of it. My life is a mess and I want out," she wrote in an excerpt published in Britain's The Sun.

On Dec., 11, 2014, the night before filming the U.K.'s "The X Factor," Brown said she started popping over-the-counter pills in her London home bathroom after returning from dinner with Belafonte.

She continued: "Behind the glitter of fame, I felt emotionally battered, estranged from my family. I felt ugly and detested by the very man who once promised to love and protect me, my husband and manager Stephen."

Related: Mel B clarifies rehab reports: 'No, I'm not an alcoholic. No, I'm not a sex addict. '

Brown claimed her husband at the time was threatening her career and family with a "library of sex tapes."

After writing her daughters a suicide note and taking the 200th pill, Brown wrote: "As soon as I'd swallowed that last pill, I knew I did not want to go anywhere. … Suicide was not the answer. my life count. "Brown said she suffered many bruises on her face and shoulder after hitting a jammed door while attempting to get help. The singer was hospitalized with liver and kidney damage, calling the moment she faced her daughter Phoenix "the saddest moment of my life." 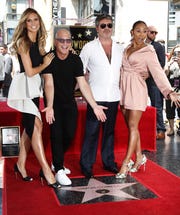 Simon Cowell (second, right) poses with hosts of "America's Got Talent" Heidi Klum (left), Howie Mandel and Mel B (right) during a ceremony honoring Cowell with a star on the Hollywood Walk of Fame on 22 August 2018. (Photo: MIKE NELSON, EPA-EFE)

She appeared days later on "The X Factor" with her injuries visible.

"I would stand proud in this stunning white dress, the marks of my agony all over me. … I needed all those bruises to be seen," she wrote. "I've sent my message to Stephen. There's no going back. I'm going to leave him, get a divorce. I'm going to be free."

Brown and Belafonte divorced last year following a lengthy battle in which Brown accused her ex of beating and threatening her throughout their 10-year marriage.

Related: Mel B alleges years of abuse from estranged husband