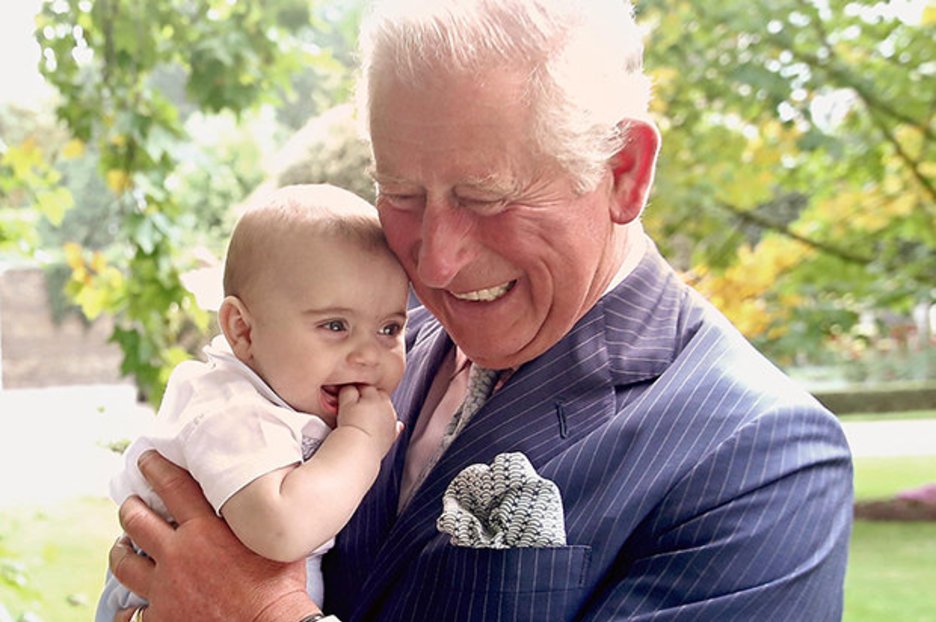 Clarence House released these adorable photos of the Duke of Cornwall with his grandson as he rounded off a week of celebrations.

Another photo captures the moment the tot reaches forward to grab his laughing grandad's face as the royals pose up for a family picture.

The photos come from a series of photos commissioned to mark the Prince's 70th. 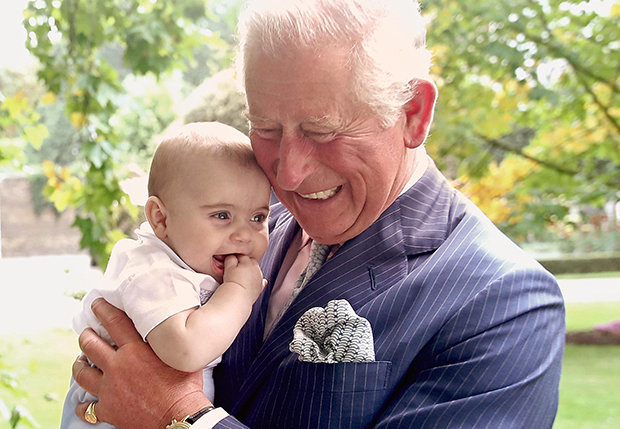 LOVE: Charles is said to have a 'huge amount of affection' for his grandkids (Pic: CLARENCE HOUSE)

"It is a privilege for any mother to be able to propose a toast to her son on his 70th birthday."

Chris Jackson, who has snapped the royal family for the past 15 years and had exclusive access to the prince over the past year – said of the family images that it was "the happiest I have seen him".

He added: "It was lovely chaos with the grandchildren – he is a very hands-on grandfather."

His sons, Princes William and Harry, were in attendance with their spouses, Kate Middleton and Meghan Markle.

And newlyweds Princess Eugenie and Jack Brooksbank were joined by the likes of the Earl of Snowdon, Lady Helena Taylor, Zara Phillips and Mike Tindall.

After guests enjoyed drinks in the Picture Gallery, they then made their way to the ballroom where they feasted on salmon tartlet, poussin with autumn vegetables and an ice cream bombe dessert.

The Queen paid tribute to her son with a heart-warming toast saying: "It is a privilege for any mother to be able to propose a toast to her son on his 70th birthday.

"It means that you have lived long enough to see your child grow up. It is rather like -to use an analogy I am certain will find favor – planting a tree and being able to watch it grow.

"Over his 70 years, Philip and I have seen Charles become a champion of conservation and the arts, a great charitable leader – a dedicated and respected heir to the throne to stand comparison with any in history – and a wonderful father."