November 19, 2018 U.S., unitedstates Comments Off on Thanksgiving's High Temperatures Could Be Among the Coldest on Record in Parts of the Northeast 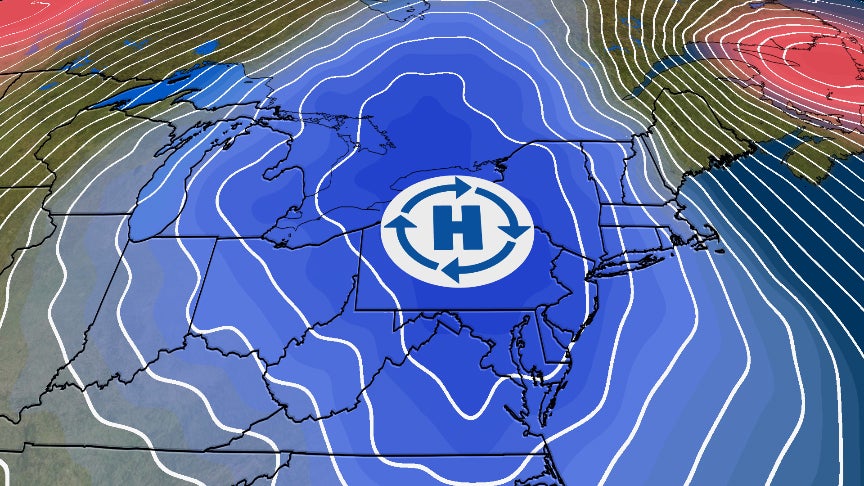 High temperatures on Thanksgiving Day could rank among the coldest on record for some Northeast cities as early-season arctic air engulfs the region late this week.

A strong area of ​​high pressure from the Arctic Circle will descend southward across Canada and into the Northeast, sending temperatures plummeting toward levels more common on New Year's Day, not Turkey Day.

For some Northeast cities, high temperatures on Thanksgiving could be close to the coldest on record no matter what day of the month the holiday was celebrated (e.g. Nov. 22, Nov. 24, Nov. 26, etc.).

New York City has only had three Thanksgivings dating to 1870 when the high temperature failed to rise out of the 20s, according to National Weather Service statistics. The coldest was a high of 26 degrees on Nov. 28, 1901.

While this year may not touch that record in the Big Apple, it could still be just the fourth time when the high on Thanksgiving is only in the 20s.

In southern New England, Boston could come within a couple of degrees of its coldest Thanksgiving high of 24 degrees, also set Nov. 28, 1901.

Providence, Rhode Island, The Philadelphia and Burlington, Vermont, may also see highs within striking distance of the coldest on record for Thanksgiving Day in each city.

Low temperatures Thanksgiving morning and Black Friday will likely be 15 to 25 degrees below average for late November.

The temperature for the Macy's Thanksgiving Day parade in New York City is expected to be in the low- to mid-20s. It will feel even colder when you factor in the wind chill, possibly in the mid-teens.

A low temperature of 21 degrees Thursday morning would tie as the third-coldest low on Thanksgiving Day in New York City.

Elsewhere, low temperatures Thursday and Friday mornings will be in the single digits and lower teens across the interior Northeast. Closer to the coast, it will be in the teens or lower 20s.

This includes Albany, New York, and Providence, Rhode Island, where the daily record-low temperature Thursday is 9 degrees and 16 degrees, respectively.

Although it will be cold, the air will also be dry, which means there will not be any snowfall to worry about Thursday and Friday.