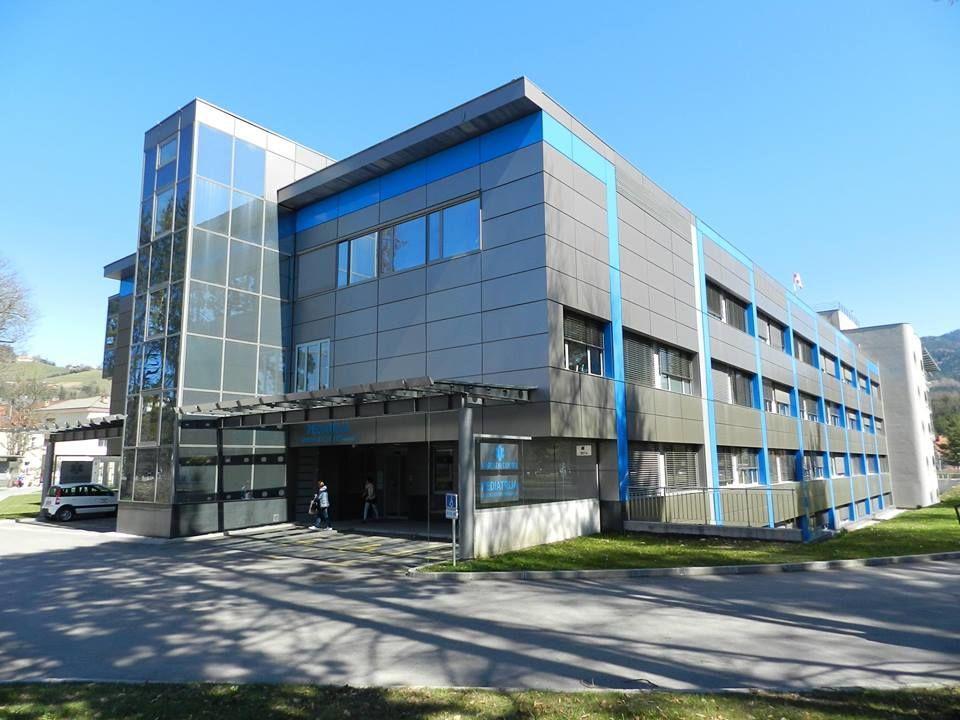 The General Hospital Patent Department, Slovenj, Gradec celebrates its 60th anniversaryOn this occasion, on 16 November 2018, a professional social meeting was organized, with over 100 people present. A meeting was named 60 years of the children's department between Uršlja and Peca.

The children's department planning dates back to 1954, when the hospital's injured department was abolished. The children's department was established as an independent unit on 1 January 1958. He got his first place in the "single room", where he had eight rooms with four full beds. Due to spatial disturbance and the need for a growing number of children's beds, in 1967 a modified wood bar was added. This has developed the situation for patients and staff. In a more recent building, children became ill on 5 May 1983.

From 6 December 2016, the Pediatric Department is located in renewable rooms and provide the essential health services at a secondary level for patients aged 18 (from the Carinthian section – Šalek). The standardized division of the General Hospital, Slovenj Gradec, is professionally trained, which is consistent with the development of a child's professional, organized in the best way, with the opportunity to change according to everyday needs of children. The vision of the department is to be the main regional center in the parental area. The Department was named Unicef ​​for the name Healthcare Institute on Broom.

60 years of children's division between Uršlja and Peca was celebrated Friday, November 16, at the Slovenj Gradec Youth Center. In the morning, they set a round record of examples of good practice in the quality and safe treatment of children in the Gradec SB Slovenj. In the afternoon session, interesting clinical issues were taken into account from everyday work such as gloomy surgery, severe disease, and, The first epileptic take, painful pain in women, severe pain back, and emerging emergency cars. To the end, follow the debate and fight on the Education Department trip.

Arrangements for the solemnized event have begun a great deal ahead of the event for staff of the Department of Politics. For this reason, they were released privately Children's book book entitled "One Dwarf", "Two Dwarfs", "Three Dwarfs". She wrote it Ida Paradiž, designed and designed Jernej Kovač Myint.

It is at this time Tomo Novosel also conducts the film "Department of Children between Uršlja and Peca", where Uršek and Pecek are holding through the children's department of Slovenec Gradec SB. The votes gave Urška and Packu Dušan Stojanovič and Andraž RusSouth Westerly

Children's department between Uršlja and Peca

On November 16th, the High Jubilee Pediatrician Department – 60 years. For this event, Tomo Novosel conducts the film "Roinn na Cloinne between Uršlja and Peca", where Uršek and Pecek run through the children's department of our hospital. Come along with them on the exciting journey …

At this time, Janez Lavre, Dr. Honey, director of the Slovenj Gradec General Hospital: "It's a great pleasure and we are pleased to celebrate the 60th anniversary of the Children's Department at the Slovenj General Gradec Hospital this year. There is no confidence, determination, loyality and play of children who do not , decline, those words that are marked by departmental staff on our children all the time. This has had a huge impact on these developments. Thank you to everyone who made a step on the This is now the solution of content, and everything is a key indicator of what kind of development will be in the future. That's how we are, and we are Everyone is very proud of. I want a beautiful and familiar show to all existing and current staff. "

Dr. Katarina Rednak Paradiž, dr. med., v. d. head of the Education Department: »For the 60th year, children from the Koroška Šaleška department were handled at the Department of Pediatry SB Slovenj Gradec. We want to treat our healthcare with the most friendly, fast, close, quality, safe and finest children. With the new new facilities, which allow people to be able to; living with parents with ill children, unlimited visits, the latest medical equipment and a good team of experts, we can also follow these goals. In the hospital, we will promise for the age of a low hospital for children, more and more one-day hospital, and 11 child clinics outside of dependency working in the hospital; patient clinic. We will try to keep our waiting times for children as low as possible; as possible. At the 60th anniversary of the department, we would like to thank the members of the Department to abandon their position at the SB SG Department of Pediatry, with its work, commitment, hope and hope , the story about the Department of Pediatrics, which we follow and increase. We also thank the administration of the hospital, which is always the case; Supporting us with the care of our youngest patients. "