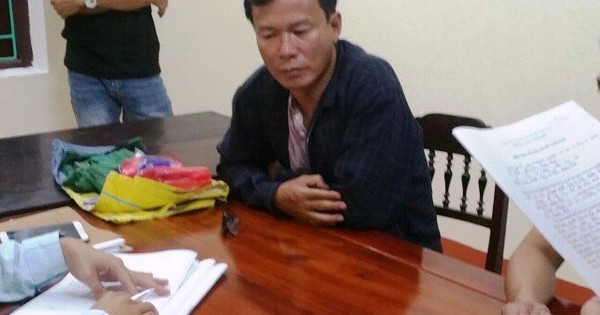 On November 20, police security security at the Quang Binh court held Tran Ngoc Chau (SN 1969, Hai Thanh ward). Nguyen Trung Kien (SN 1979, living in Bao Ninh) and he stopped when he left home for Pham The Nhan (SN 1983, Bao Ninh coming together , the three are in Dong Hoi's seat) to investigate conduct A / E for others to escape abroad. 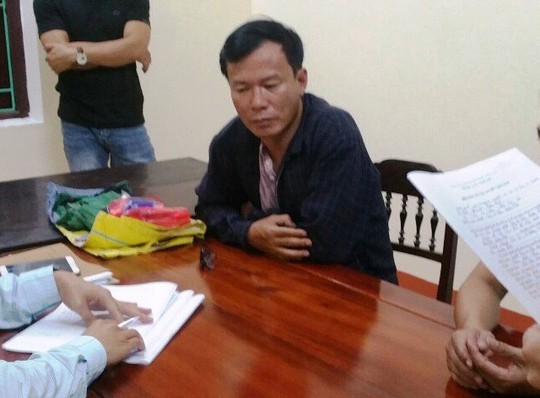 Tran Ngoc Chau, one of the organizers for the illegally crossing the border to Australia – pictures provided by him; the monitoring body.

According to its first survey, in June 2018, Chau and Kien were in a position; searching across the border to Australia for business and are expected to bring more people into. Two of them met Nhan (the owner of a fishing boat QB – 912.69 TS) that they could buy a fishing vessel at a cost of 1.7 billion to move people to a " border to Australia on sea.

Although there is no money at the boat but Chau and Kien want to give Nhan, the things are totally invalid and the person also agrees to go over his. end of Australia.

Chau and Kien took another 14 in Quang Binh to take part in this line. The cost of each person with the requirements of Chau and Kien is between VND 100 and 150 million, depending on the kindness of each relationship.

On July 17th, 17 people on the list at the port of Da Nang, crossing the sea to Australia by Nhan's fishing boat. On the way, Kien and Chau arranged a meeting to publish their cost and agreed to pay 150 million. In particular, the cost of the ship is to buy 1.7 billion and buy for 800 times.

On 25 August, a 17-man boat came near the mainland of Australia and attempted land at the appropriate place. Then, one day, Kien and Chau organized groups of people in two groups and a boat rowing boat boat.

Until it was found to be found by the Australian authorities, Chau and Kien sank their boat by going to their boat. streaming his boat. When the company entered the land, the Australian police detected, arrested and removed to Vietnam.

When it was taken to Vietnam, Tran Ngoc Chau fled to avoid the arrest of the police. On November 17, Chau was taken by scams as long as he was in. hiding in Thua Thien – Hue province.