Views From The Turnbuckle: Survivor Series Review And A Look At WWE's Biggest House Show Of The Year

November 19, 2018 Entertainment, unitedstates Comments Off on Views From The Turnbuckle: Survivor Series Review And A Look At WWE's Biggest House Show Of The Year 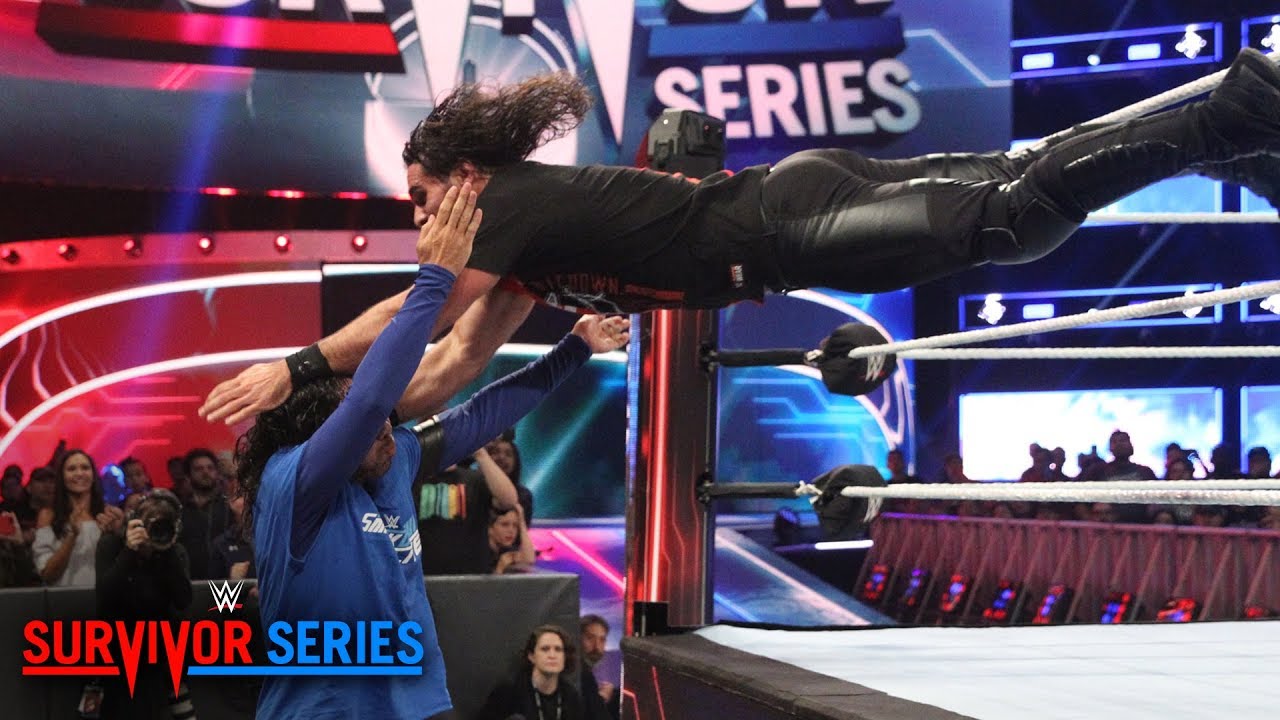 The complaints about Survivor Series are always the same; nobody seems to really care about the results of the matches because there is rarely anything of significance at stake. The driving theme of Survivor Series is the RAW brand vs the SmackDown brand, but that seems to exist in a world where there are large swaths of the audience that are exclusively fans of RAW, or exclusively fans of SmackDown. In reality, the fans who loyally watch RAW every week are the same fans who loyally watch SmackDown every week.

Early in the broadcast, after Nia Jax sealed the victory for Team RAW in the women's tag match; Michael Cole said "If you are a fan of RAW, you might not have liked how it happened, but you have to like the results." Was there any WWE fan that actually watches Survivor Series like that? Did anyone really care that RAW beat SmackDown tonight? WWE tells us every single week that RAW is superior to SmackDown in a number of ways, from the length of the show to the focus on the main stars, to the abundance of part-time stars who attempt to boost RAW's viewership (but never for SmackDown). Anyone that was surprised that RAW smoked SmackDown tonight has not been paying attention for the last 20 years.

That is why Survivor Series, which ended up being a pretty good show, is ultimately not any different then a house show. WWE puts on plenty of good house shows all the time, but they do not really matter in the long run because nothing of consequence happens on them. Since nobody really cares about the SmackDown vs. RAW gimmick, nothing of consequence really took place tonight. The most noteworthy aspect took place place after a match, with Charlotte destroying Ronda Rousey. In the future, WWE should ditch the SmackDown vs RAW concept and come up with something new and innovative for what is supposed to be one of their biggest shows of the year.

This was a very interesting match. Say whatever you want about Lesnar and how he is booked, but his matches have a different dynamic than anyone else's in wrestling. Since he has won major matches simply be squashing his opponent, having him go out and destroy Daniel Bryan is very much in the realm of possibility; so it's believable that he might just come out, do a couple of german suplexes, and pin Bryan.

That nearly happened too; but Bryan got in some offense and near falls and turned the match into a very competitive affair. It's so messed up, but WWE has screwed up Bryan's babyface return for months, then they turn him heel, and in his FIRST MATCH as a heel, he plays the babyface role he should have been doing the entire time. The assumption is that Bryan will go back to being a heel on Tuesday, since he has a feud with AJ Styles to get through next, but it's a sign of how mind-blowing WWE's creating and booking decisions can be that Bryan could be the perfect babyface; but only if he's supposed to be a heel.

The match was pretty good, especially given the short notice they had to put everything together. The match though, comes second to the post-match beatdown by Charlotte. Clearly, Rousey was supposed to be the sympathetic babyface and Charlotte was supposed to have made a sinister heel turn, but in reality the opposite seems true. This seems like the exact kind of match WWE would have laid out with Becky Lynch instead of Charlotte, so I'd believe that they did not change the script at all after Charlotte replaced Lynch in the match. Unsurprisingly, Charlotte got over with the crowd tonight in the exact same way a "heel" Lynch has gotten over. To me, this was not a heel turn for Charlotte; she has never been more interesting to me than she was tonight.

Despite the way they are being positioned, I think in the inevitable WWE Four Horsewomen vs MMA Four Horsewomen, the MMA group should be positioned as the heels. After all, they are the invaders stepping into the turf that was blazed by the WWE women. The fans are much more likely to cheer for Bayley and Sasha Banks than Jessamyn Duke and Marina Shafir anyway. I think if WWE tries to continue to push Rousey as the face and the WWE women as the heels, they are going to face more resistance from the fans. Hell, maybe they know that and believe that it does not matter if the fans cheer for the heels, it only makes things more interesting anyway.

I think these matches are usually really good, because there is a lot of star power in the ring and the crowd likes to see the top stars tag in, get in their signature moves, and get out of the ring. I do not think this match reached the level of the big men's tag team matches of the past, and I think part of that was because it was mid-card match instead of being in the main event position. This was not a big, 45 minute epic, it was a solid, middle-of-the-card match that got out of the way so the big main event matches could take place. So in that regard, the match underachieved.

One thing I thought the match did well was tell the story of the two respective teams. RAW was the more talented team but was plagued by chemistry issues, while SmackDown was significantly smaller but worked together as a team to compete with RAW. In the end, talent won out, but I thought the storytelling was very consistent and clear throughout the match. I guess you could be mad that RAW rolled SmackDown once again, but honestly who cares? Anyone that has watched WWE knows that the company favors RAW over SmackDown, so of course they would book the flagship show to win at Survivor Series.

This was fine, but none of the eliminations were particularly memorable. The biggest star in the match was Becky Lynch, and it was impressive to see the heat that Nia Jax got for injuring her. The goal was to build Jax as a heel and lean into that natural heat she was getting from the crowd, and this match accomplished that goal. The history of wrestling is filled with moments were real-life injuries were exploited to build-up a heel, so I do not see anything wrong in using Jax's accidental shot at Lynch to aid her push as a monster heel.

This was the best match of the night, a very well-executed duel between two extremely talented in-ring performers. Nakamura has tremendous ability inside the ring, but not every opponent has been able to bring that out of him. Against Rollins, there would be no excuses, either Nakamura was going to step up and deliver on his potential or he was going to flop. Rollins has the best matches on almost every show he is on and tonight was no different. The only thing holding them back was the fact that there was not anything on the line and there was not any build or angle for the match, other than that since it was Survivor Series, the Intercontinental and United States champions are obligated to wrestle each other.

Hey hey, a match with actual stakes! The crowd has been conditioned to not care about the cruiserweights but the guys worked extremely hard to get some emotional investment in the match from the audience. They took a lot of risks, and Ali spent a good portion of the match hurtling through the air. 205 Live will give fans who tune in plenty of action, but the ceiling on their matches is always going to be limited by the fact that the audience just does not care that match.

The Bar vs The Authors of Pain: *

This was a pretty lame match. The Authors of Pain were good in NXT, but that was when they were working with really good, smaller teams that could bump for them and that was on a show where the tag team division was taken much more seriously. The finish of the match was awkward and embarrassing. There is a stereotype that wrestling is low-brow and building a finish around someone pissing their pants does not help.