Would Harry have chosen Pikachu? A magical starter Pokémon exploration

November 19, 2018 Entertainment, singapore Comments Off on Would Harry have chosen Pikachu? A magical starter Pokémon exploration 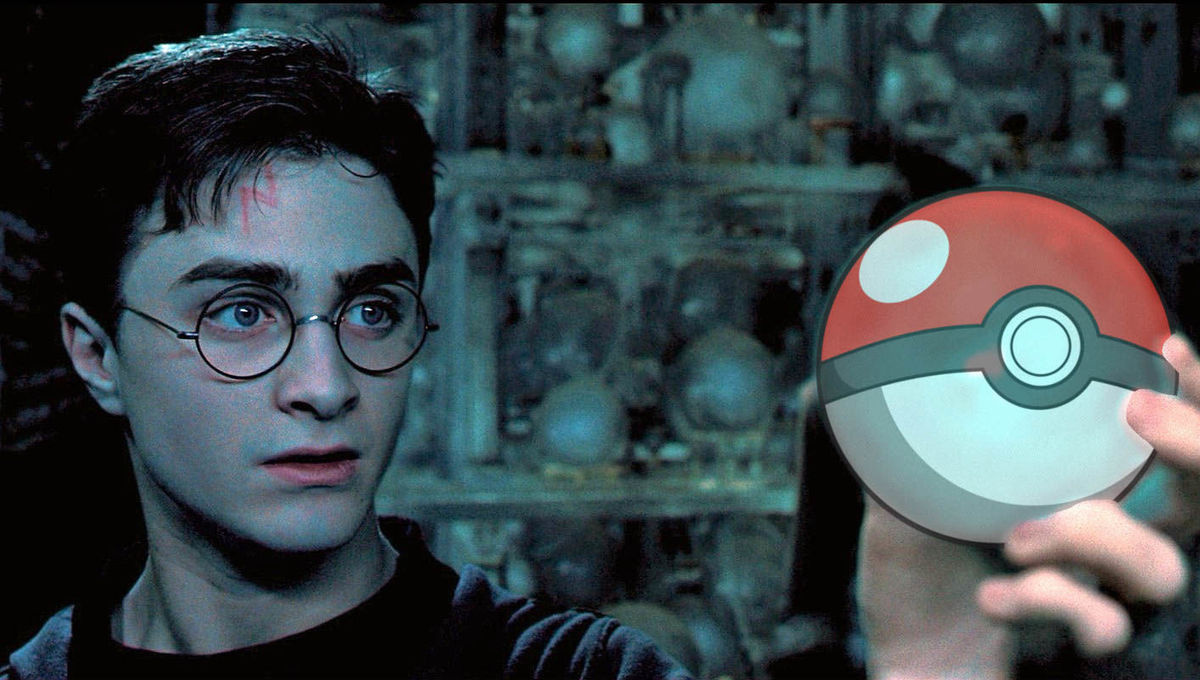 With the drop of the Detective Pikachu trailer and the release of the Fantastic Beasts sequel, I've been in a Pokémon and Harry Potter state of mind. So, of course, I had to combine them. I got to thinking, what Pokémon would Harry have chosen if Hogwarts was Pallet Town and Professor Dumbledore was Professor Oak?

Yes, I'm sure this fanfiction has already been written, but I'm doing this anyway.

Originally I was thinking of all the Pokémon, the number of which I've lost count, but then realized that was too broad. Too many options. Each character would have a team that fit them perfectly, but one single Pokémon? No, we needed to start at the beginning: Starters. Which Starter Pokémon would our wizarding heroes and foes have chosen?

So I made a listicle. These choices were based on the following criteria: overall personality and temperament of the character, their favorite spell or the spell most often associated with them, and their House. These three things directly correlate to the sort of Pokemon they would most likely have. Are they more defense or offense oriented, what sort of attacks or abilities would they have, and what is the Pokémon's personality?

Yes, I've possibly thought about this too much.

Starter options for all the students are from all the currently released Pokémon games. Adult characters' assigned Pokémon encompass all available Pokémon.

Right off the bat, Rowlet is a companion like Hedwig. The importance of Hedwig can not be undermined, so it's natural that Rowlet would be Harry's Pokémon Starter.

Harry defeated The Dark Lord with the simplest of spells, yet the most telling of his entire character: Let us expel. A disarming spell meant to diffuse a situation, not to harm. Throughout the series, both book and movie, Harry only wants to protect those he loves. It's that desire to protect that saves so many in The Battle of Hogwarts. So his Pokémon needs to be one with a strong defense, but also be unassuming.

At Level 100, a fully evolved Rowlet to Decidueye can have a Defense of 273. Also, it's resistant to Electric attacks, which is amusing given Harry's scar. Its weakness to Dark types links to Harry being a Horcrux and the pain and mood swings Harry suffered from when Voldemort was messing with his head.

Rowlet also has the move Foresight, mirroring the times Harry saw what was happening because of his connection to Voldemort. Astonish fits with Harry as well, as he caused quite a stir to everyone who meets him for the first time. Rowlett can also be taught the TM, Hidden Power. Which seems quite appropriate.

Objectively, Hermione would not use a Pokémon to fight given her stance on House Elf servitude and welfare. Politics of Pokémon aside, I instead decided to choose based on her Patronus, which is an otter. Oshawott, then, is the Starter for the cleverest witch of her age.

Oshawott also learns some powerhouse moves as it evolves, which is a suitable representation of Hermione being a particularly gifted and bright witch. Aqua Tail and Hydro Pump have massive power, just like Hermione's spells being particularly powerful. Its move Focus Energy represents Hermione's ability to concentrate when her fellow students can not.

A fully evolved Oshawott, as a Samurott, has a high Special Attack score, representing how Hermione is indeed special, specialized, and is not afraid to use spells in an offensive manner when she needs to.

With fire-red hair and a temper (and jealousy) bursts to match, it's obvious that Ron would have a fire type Pokémon. Also, given Hermione's Water type, Ron should have a Pokémon that is weak to hers.

Tepig seems underwhelming, but that's until he's snarling fire out of his nose and rolling at you. This symbolized the bursts of bravery (sometimes foolishness) that Ron exhibits throughout the series. He charges ahead, sometimes without thinking, but he's all-in once he makes a decision in true Gryffindor style. Maybe Tepig is not so tepid after all (I'll see myself out).

Tepig's move Assurance reflects Ron having Harry's back as his best friend, supporting him in their fight.

How much easier would have Draco's life been had he just opened up and told someone he was scared and being asked to do things he did not want to? It's why the closed-off and emotional Litten is the perfect choice for him. Plus it fits that a spoiled rich kid would have an aloof cat.

Besides, how often do you imagine Draco's Litten would go after Harry's Owlet? A lot, just like how often Malfoy and Potter got into it. He is always on the offensive, and Litten's best attacks are offense attacks. Also, its moves of Leer, Bite, and Swagger are all quite Malfoy-esque, as is its mega attack of Outrage with a power of 120.

My father will hear about this!

So this is a bit of a cheat, but I think we can all agree that the Lovegood house would probably be filled with all sort of fairy Pokémon and that Luna, not being a routine sort of child anyway, would have skipped the whole choose- your-starter-at-the-Pokémon-center thing. Also technically, Eevee is now a starter thanks to the drop of Let's Go, Eevee!

Luna always had a great deal of love for the oddities of the worlds and the creatures like Nargles. Besides, being a bit of an outcast herself, having a loyal Pokémon like an Eevee seems like a fair assumption. Also because Sylveons are quite peaceful, preferring not to fight, much like Luna Lovegood. She's incredibly chill, so having an equally chill Pokémon suits her.

Possibly the easiest pairing of all. Neville's affinity and ability for herbology makes a grass type Pokémon a shoo-in. Bulbasaur is particularly perfect given that it evolves into something much more powerful and strong, just as Neville does by the Battle of Hogwarts.

Everyone makes fun of Bulbasaur, and it typically is looked over in the original games for Charmander and Squirtle, who are much more popular. Just like poor Neville. However, Bulbasaur is a hidden gem, and despite being cast in many Pokémon's shadows, becomes one of the best Starters you can choose. Let's not forget that it is the first Pokémon in the original 150.

Even the Pokedex says it's not sure whether to classify Bulbasaur as a creature or a plant. What could be better fitting for Mr. Longbottom?

A legendary Pokémon for a legendary wizard. Beyond the fact that Ho-Oh is a phoenix type Pokémon, resembling Fawkes, this bird is a perfect match for the Headmaster of Hogwarts. Dubbed the "Guardian of the Skies," it's only fitting this bird would align itself with the presumptive guardian of Hogwarts.

Ho-Oh has the power to resurrect the dead, and depending on how far you take your analogies and allegories, you could say the same of Dumbledore guiding Harry Potter back to the Battle of Hogwarts after his meeting with Voldemort in The Forbidden Forest. Its moves Calm Mind, Ancient Power, and Safeguard reflect Dumbledore quite well.

Also, Ho-Oh can finally give Dumbledore the representation he deserves with the rainbow that follows its wings as it flies.

Snape's obsession with Lily Evans definitely would have extended towards his Pokémon choices. Snape would stall Deerling from evolving into Sawsbuck for obvious reasons, instead keeping the doe eyed Pokémon as is. And probably preferring its Autumn form for obvious orange-related purposes.

What makes Deerling a particular fitting match for the potions master is the fact it changes its appearance every season. You know, like how Snape changed his stripes from spurned Death Eater to Dumbledore's ally to ally in disguise? Also, its move Aromatherapy and potionseque.

Really, it's because it's an orange doe, let's not fool ourselves.

"Long ago, people imagined its eerie howls to be the call of the grim reaper." Sound familiar? With Sirius' animagus being a large black dog, it's hard to imagine any kind of Pokémon other than a canine. What makes Houndoom particularly applicable is its built in loyalty, like he had to his friends, and the built in-fear.

For over a decade people were convinced Sirius Black blew up Peter Pettigrew (who is not on this list because he does not deserve a Pokémon), and when he escaped, the fear was real. Houndoom scares many Pokémon aware or causes them to flinch and become prone. At least at first. Houndooms are fiercely loyal to their pack, just as Sirius Black was faithful to James, Lily, Harry, and the whole Order of the Phoenix until the end.

But in the end, Sirius is just a hound … that's doomed.

While this kind of explains itself, Lycanroc is very fitting to be Lupin's main Pokémon. Lycanroc has three different forms: dusk, midday, and night. Each form has its own temperament, much as Lupin would change into a werewolf on a full moon. Lupin would most likely prefer a Midday Lycanroc, as they prefer not to fight and instead remain solitary creatures, trusting only their trainer. After so much hate and discrimination, one would think Lupin would find solace in this sort of companion.

Its attack Quick Guard reflects Lupin's quick thinking to always protect his students, like he did against the Dementors on the train. Of course, attacks like Bite, Growl, Scary Face, and Crunch reflect Lupin's werewolf nature.

There's something to be said for nature vs nurture, but Mewtwo remains one of the few Pokémon who has an agenda and is officially described as having the most savage heart of all. Voldemort would want the most powerful Pokémon, the most dangerous, the one hellbent on victory only. Not to mention they both have major complexes, what with Voldemort coming from a Muggle father and Mewtwo coming from Mew. They've both got parental issues.

Mewtwo's moves of Confusion, Psycho Cut, Power Grab, and Me First are all perfectly in line with Voldemort. Honestly, they even look similar.