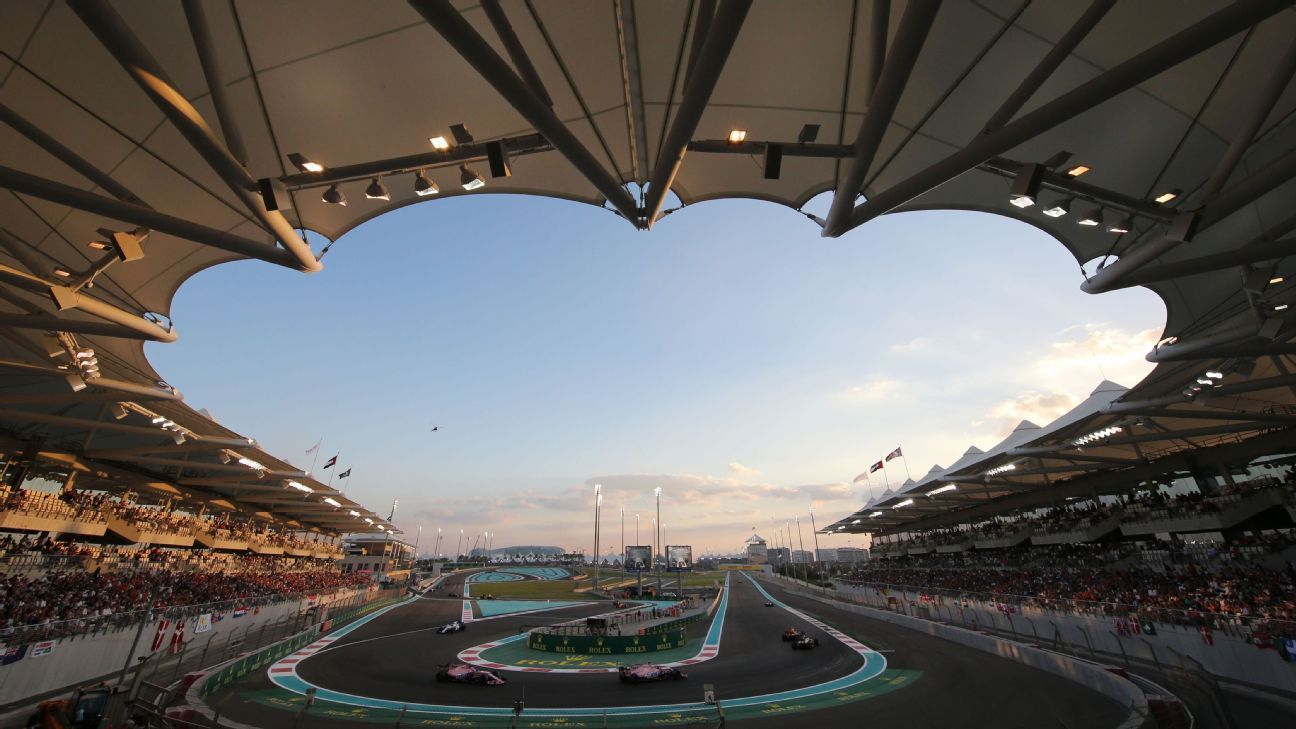 Abu Dhabi plays host to the 21st and final Formula One round of the 2018 season, and while both the drivers 'and constructors' championships have been settled, there's still a few intriguing storylines which need to reach their respective conclusions.

The battle for third in the championship is still on in Abu Dhabi with Kimi Raikkonen, Valtteri Bottas and Max Verstappen separated by just 17 points. The Dutchman will be looking to strike back after losing the win last time out in Brazil thanks to a controversial crash with Force India's Esteban Ocon.

What time does it start? And how can I watch?

U.K. viewers can watch every session live on Sky Sports F1. Check local listings for all other territories.

The battle for third

The battle for third and a place at the FIA's end of season prize gala – alongside champion Lewis Hamilton and runner-up Sebastian Vettel – is up for grabs with Raikkonen, Bottas and Verstappen separated by just 17 points. Raikkonen is in the driving seat going to Abu Dhabi, sitting 14 points clear of his fellow Finn.

However, Verstappen is F1's in-form man at the moment but with a 17-point gap to make up, the Dutchman would need to a P2 at least with both of the Finns hitting trouble. Bottas has not yet to win race in 2018 so will be eager to repeat what he achieved in 2017 by beating teammate Hamilton to pole position and the win again in Abu Dhabi.

This weekend's race will see Fernando Alonso bow out of the sport after 17 years. The Spaniard leaves F1 having won two drivers' titles, finishing runner-up on three other occasions.

The McLaren will mark Alonso's 312th and final grand prix start with a special color scheme in his honor.

What else to look out for in Abu Dhabi?

The Abu Dhabi Grand Prix is ​​the only event on the current F1 calendar which begins at sunset and finishes in the dusk, with the sun setting during the early part of the race.

Robert Kubica will be in the Williams during first practice to rack up the miles ahead of his full-time return to the sport in 2019. Ahead of the weekend, Williams announced that the Pole would be returning after eight years away, partnering British rookie George Russell, who is expected to win the Formula 2 title this weekend.

There does not look like there will be too many changes to the constructors' championship with Mercedes, Ferrari, Red Bull, Renault and Haas set to finish as F1's top five teams in 2018. McLaren currently holds a 14-point lead over Force India , with Sauber just a further six points behind that.

Toro Rosso looks set for ninth overall, trailing Sauber by nine points, with Williams rooted at the bottom of the championship on seven points.